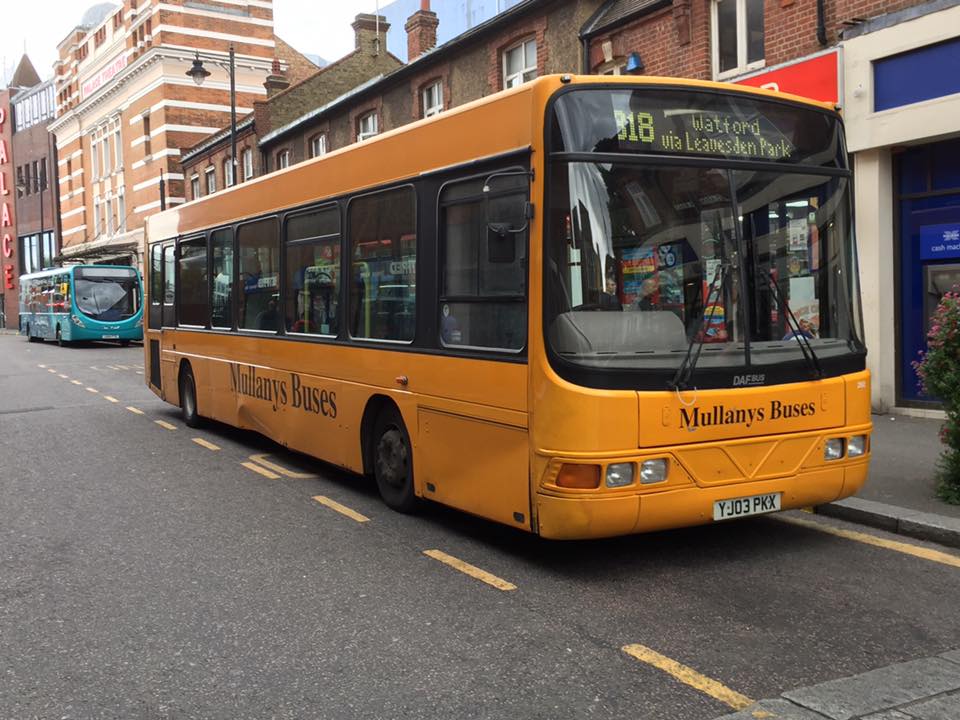 Recently-extended Uno Service 601 to Borehamwood, Sullivan Service 306 to Watford, lunch then Red Eagle (Tues/Fri extension) Service R2 to Chorleywood, then back to Rickmansworth by the same service. From there, Arriva Service 320 to Hemel Hempstead, then an Arriva 301 back to WGC. 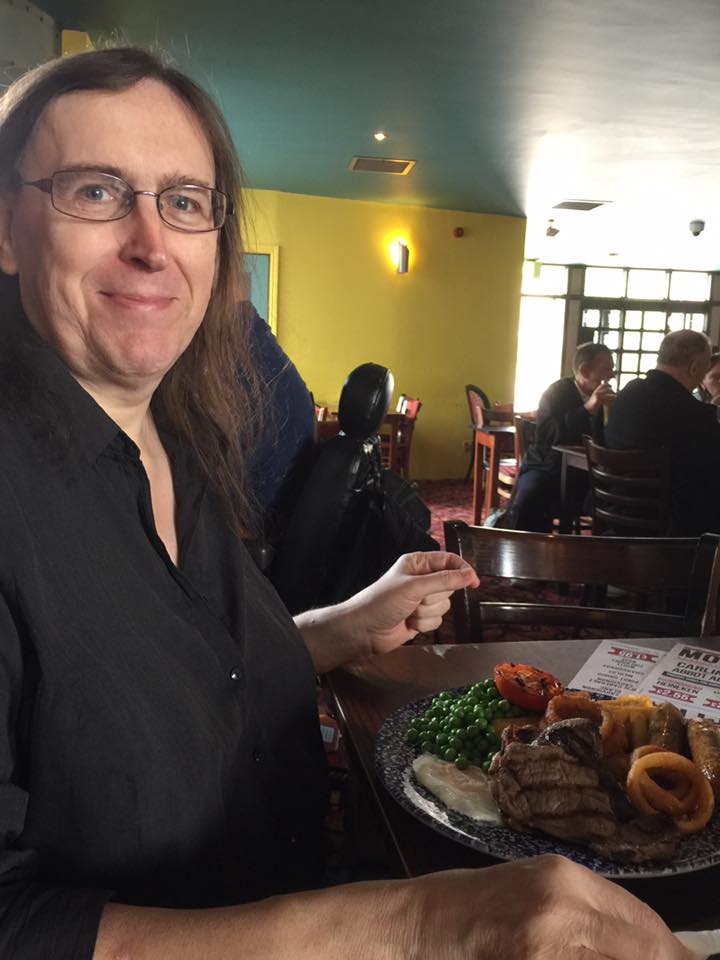 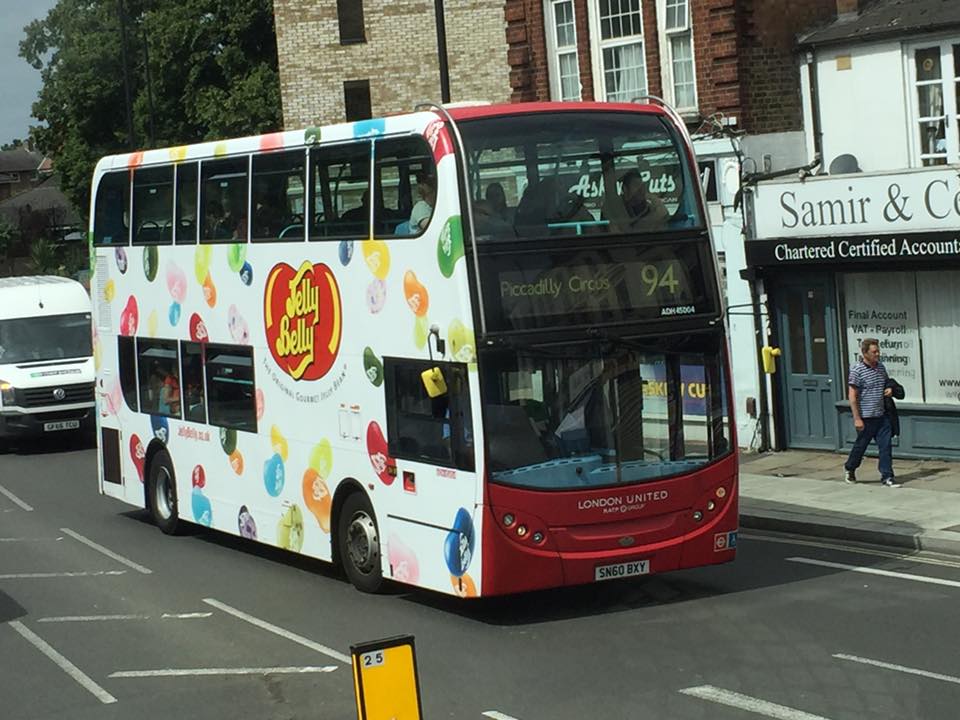 A “pick and mix” day from different plans!
GN train from WGC to Highbury & Islington, Overground (North London Line) to Willesden Junction, 220 to White City Rail Station, walk to Bus Staion, 237 to Hounslow, 81 to Slough, 3 to Uxbridge, Metropolitan Line to Moorgate, and GN train back to WGC. 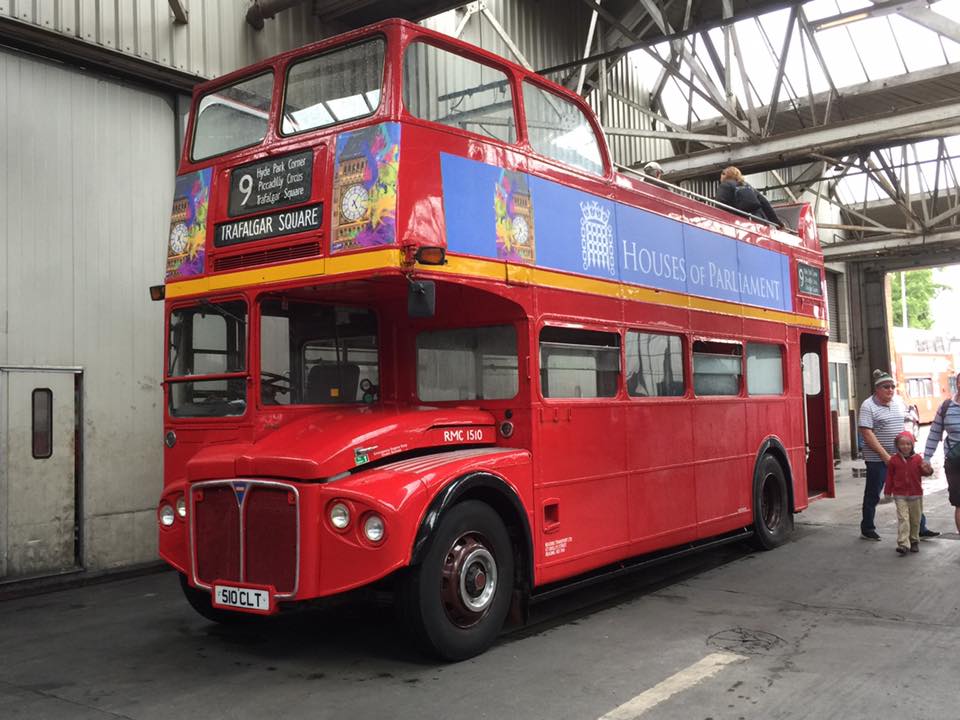 A random selection of photos, as we had a stall inside. 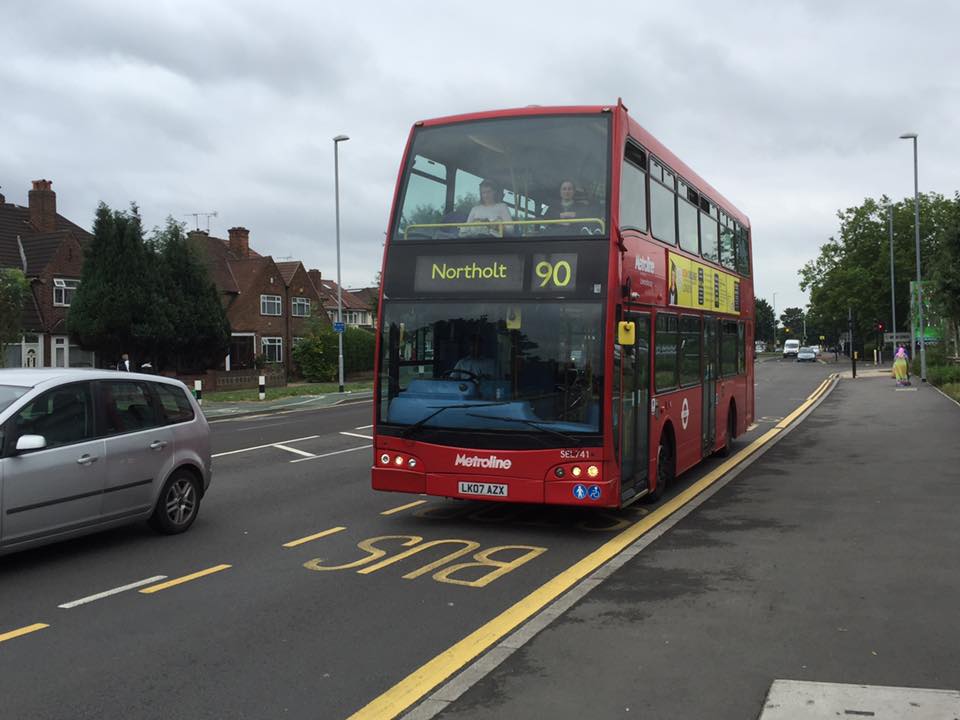 From WGC using Great Northern to Finsbury Park, then Piccadilly Line to Hounslow East, H28 to Bulls Bridge (Hayes Tesco), E6 bus to Hayes Town (where a few photos were also taken with the new High Street being reopened to busses – presently s/b only) then 90 to Hayes Asda, 350 to Heathrow Terminal 5, 441 to Heathrow Central, then a 724 to WGC. 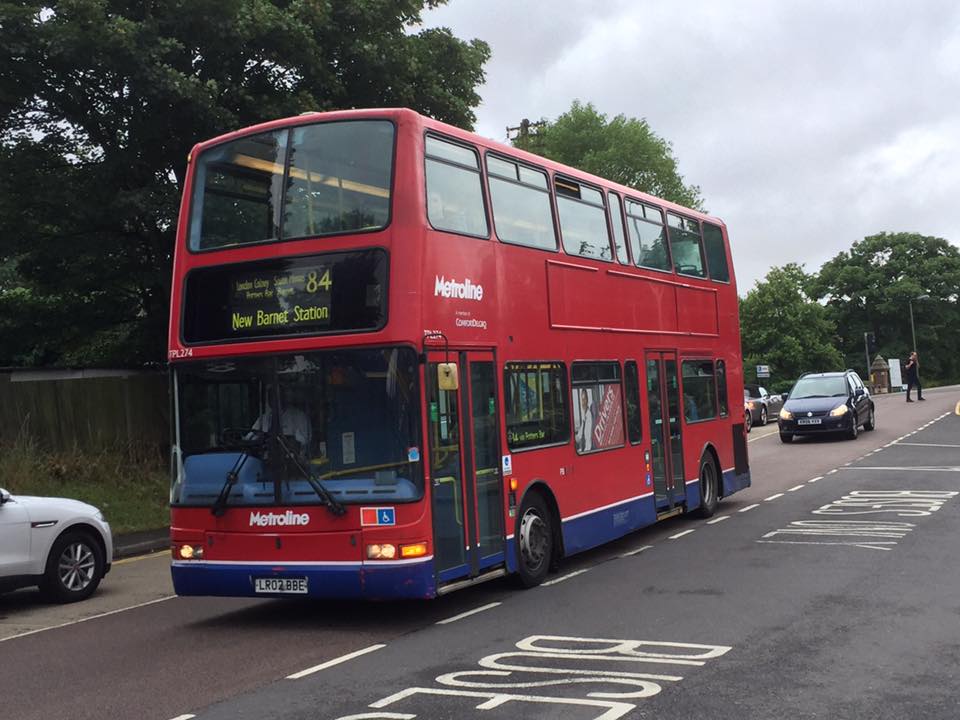 Bedford and St Albans /London Conley – only a small number of photos from sat 15/wed 19th July. Visits to the BABUS AGM and St Albans ME group 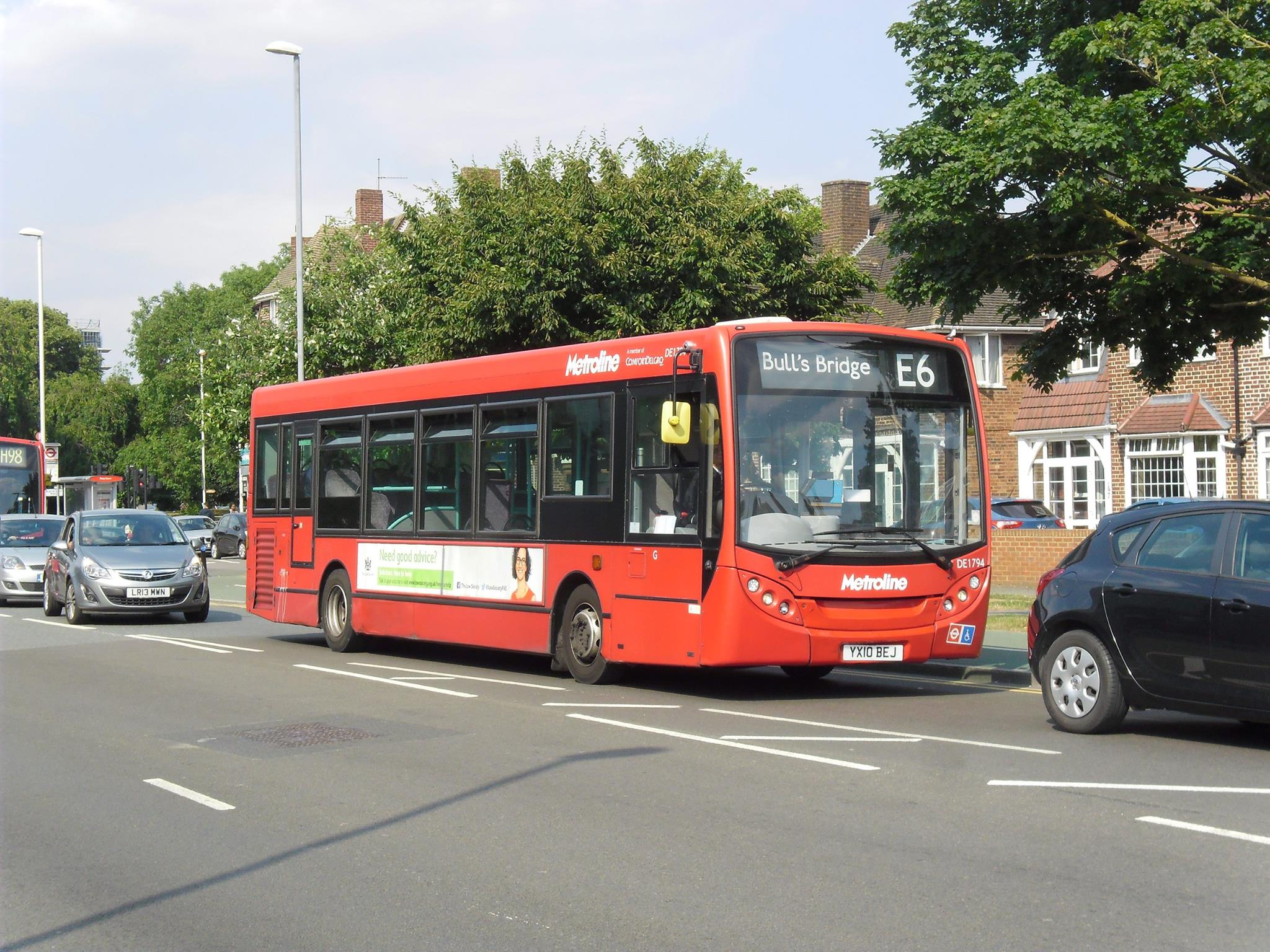 Further to a few recent days out in west London, another series of trips around West London starting… some favourites, and some that I’ve not tried before… The Grapes is a well known public house (now Beefeater) and junction / area name in Hayes! So… Uno 513 on 653 to UH Forum, Uno 318 on the 610 to Cockfosters, Piccadilly Line to Hammersmith, District Line to Turnham, Green, 40138 on the E3 to Chiswick, 40145 on the E3 to Greenford, DE1784 on E6 to Yeading, DE1799 on E6 to Hayes (Fairey Corner), a few things in Asda, before VP610 on the U4 to Uxbridge, Metropolitan Line to Moorgate, and then Great Northern to WGC… 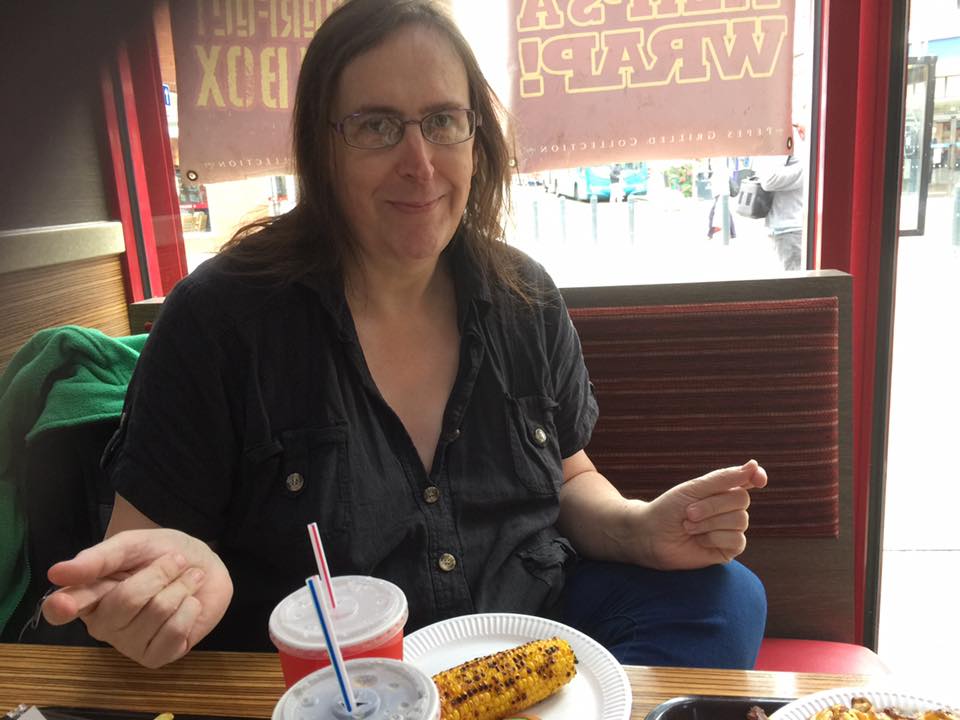 Following the success of the previous day’s visit to Pepe’s, I was keen for another! C cannot really stand London at the best of times, but I found one in Watford High Street… so… 724 from WGC to Watford Town Hall, walk down the High Street for lunch, and then a few snaps before a few more items bought, and then heading for the first 724/321, but, just saw the 724 out the cormer of my eye (were not timing it or anything!) so 321 to St Albans and 300 back to WGC…. another bright day for it, and a belayed meal out for our anniversary yesterday! 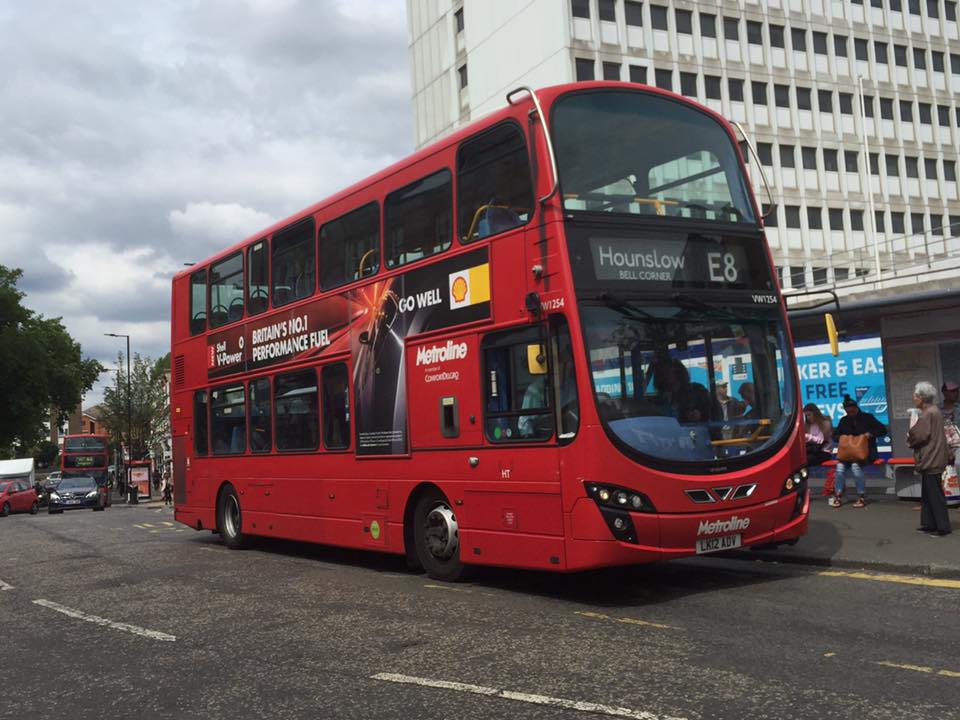 Following a previous trip which ended (and went home after) Ealing Broadway, I went back for more! From WGC on GN trains to Highbury & Islington, then Victoria Line to Oxford Circus, then Central Line to (after a bit of bunching and trying to avoid overheating) North Acton then Ealing Broadway, then E8 to Hounslow, some shopping, and back via Pepe’s – an amazing (franchise chain) resturant find right opposite Hounslow bus station! On the way back, Picc Line to Finsbury Park, then GN to WGC. Photos from both cameras, as the iPhone (128gb!) gave up and claimed to be full at Hounslow, but the reserve pink Samsung had plenty of space!! 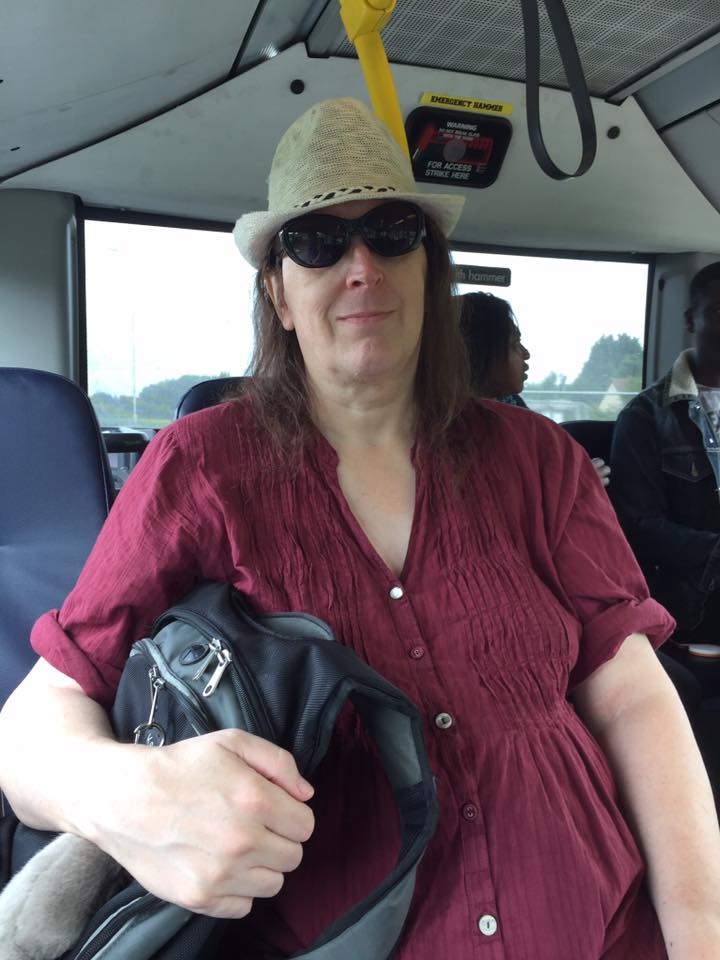 Thursday and Friday snaps from Chelmsford, white Roding and Harlow, as we had a presentation for ebeg… 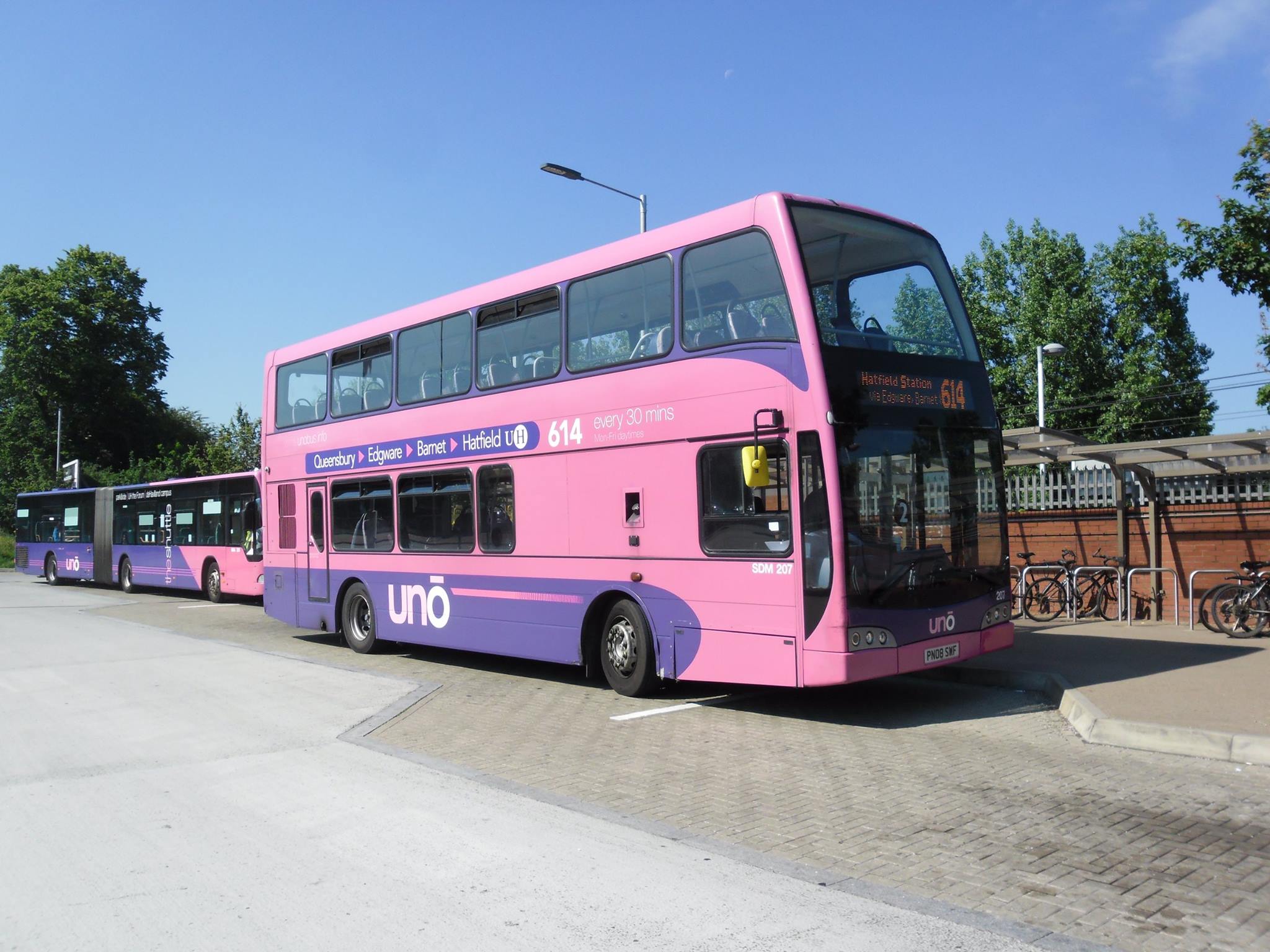 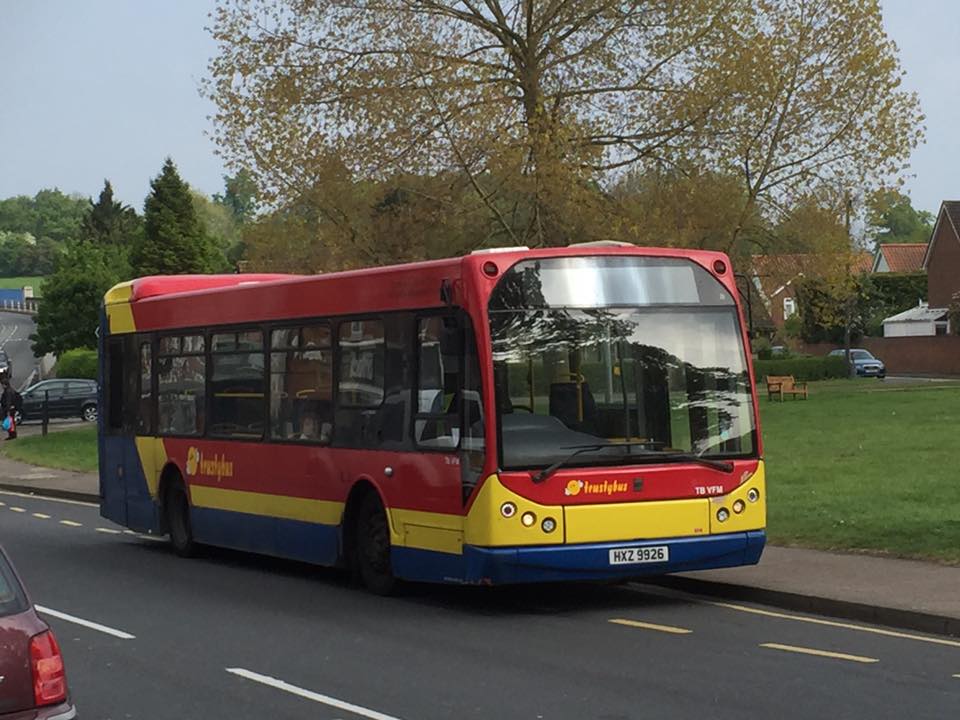 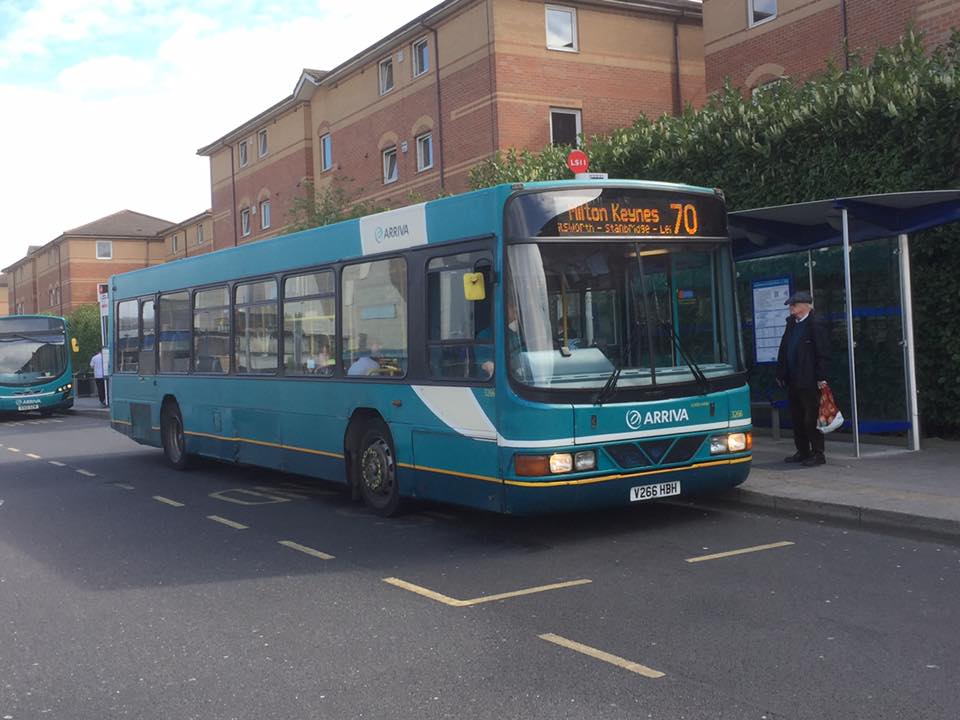 A mostly shopping trip, with a few photos from Luton station interchange. 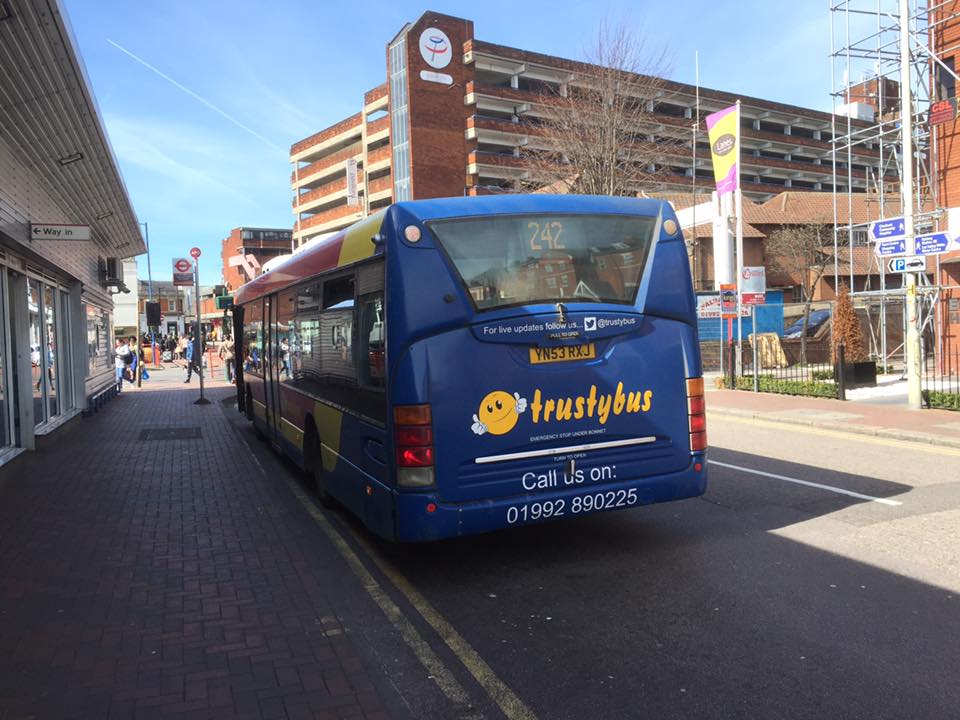 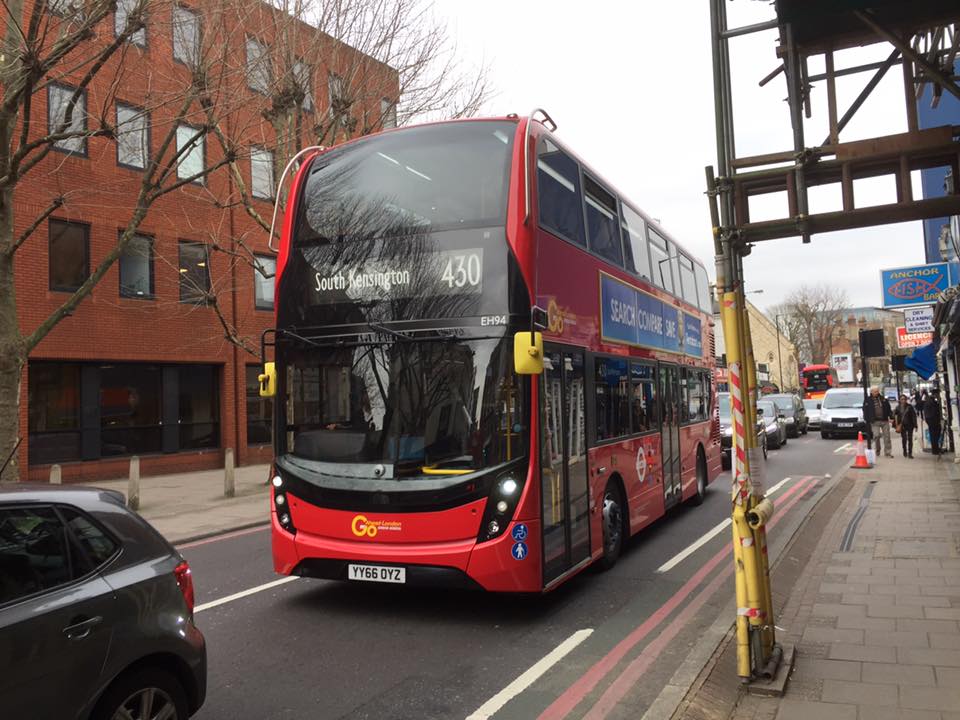 First visit in years to Putney, this time to accompany Caroline for a medical appointment. Got 15 mins to go and take some bus snaps. A lot of more modern buses have been placed there in the past months, largely to improve air quality at the behest of the Mayor of London. 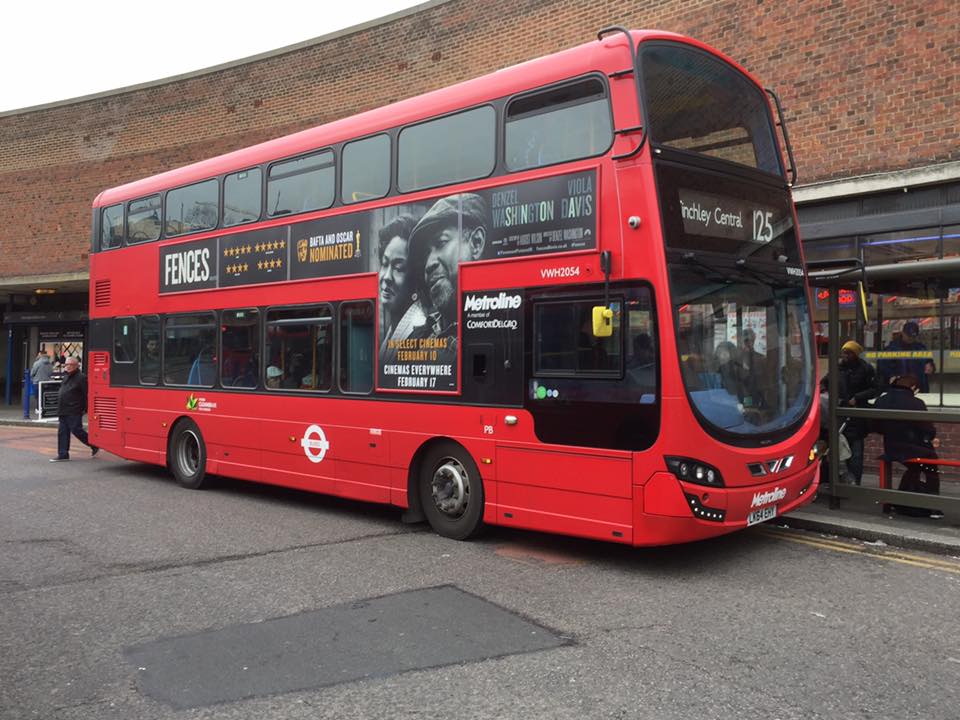 A day out around north London! So, Uno Enviro 517 on 653 to Hatfield (Forum), Uno Citaro 315 on 610 (extended since my last visit off-peak to) Cockfosters, Go-Ahead London General (was First London NP garage) Enviro SEN13 on 299 to Southgate, then was waiting for a W9 after lunch (intended W9 then W8) but no avail… so took Arriva Dart PDL103 on the W6 direct to Edmonton Green, picking up the rest of the plan from there. Arriva Enviro T1 on the 102 to Golders Green (first visit since the internal refurbishment a few years back), and then Metroline Trident TA648 on the 210 to Finsbury Park, for a GN train back to Welwyn Garden City. 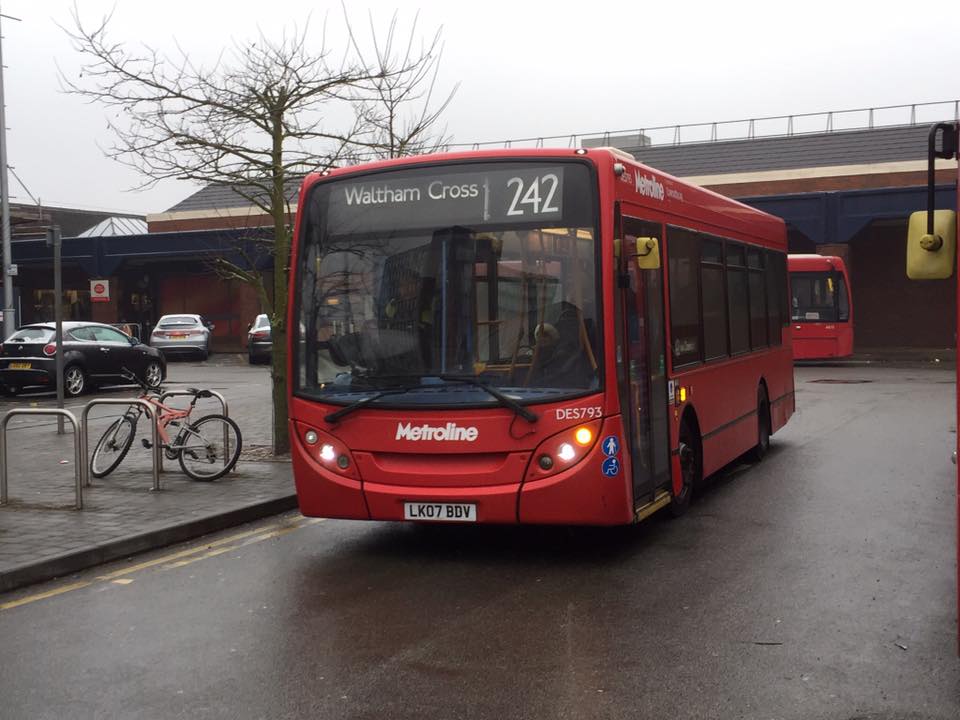 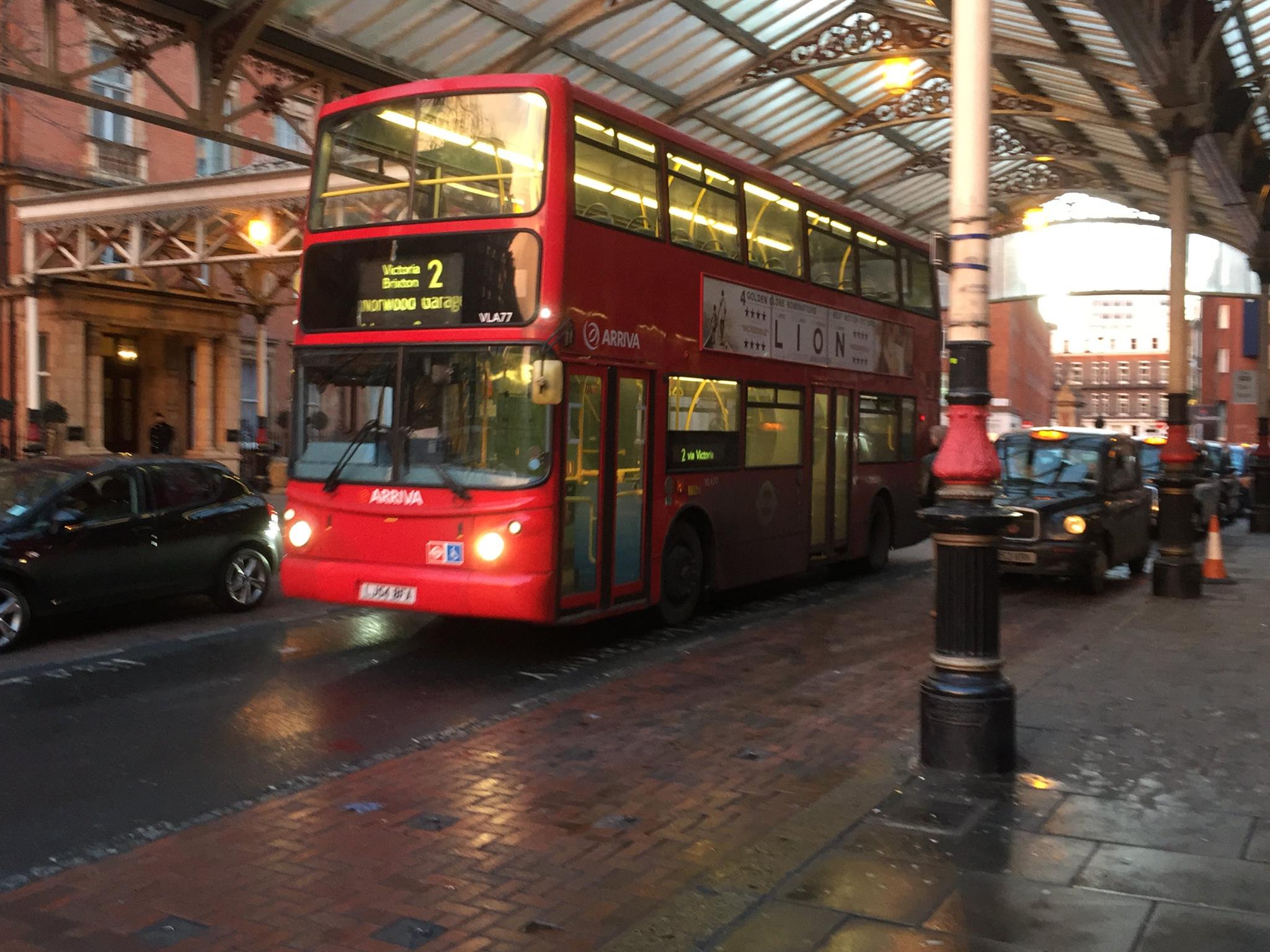 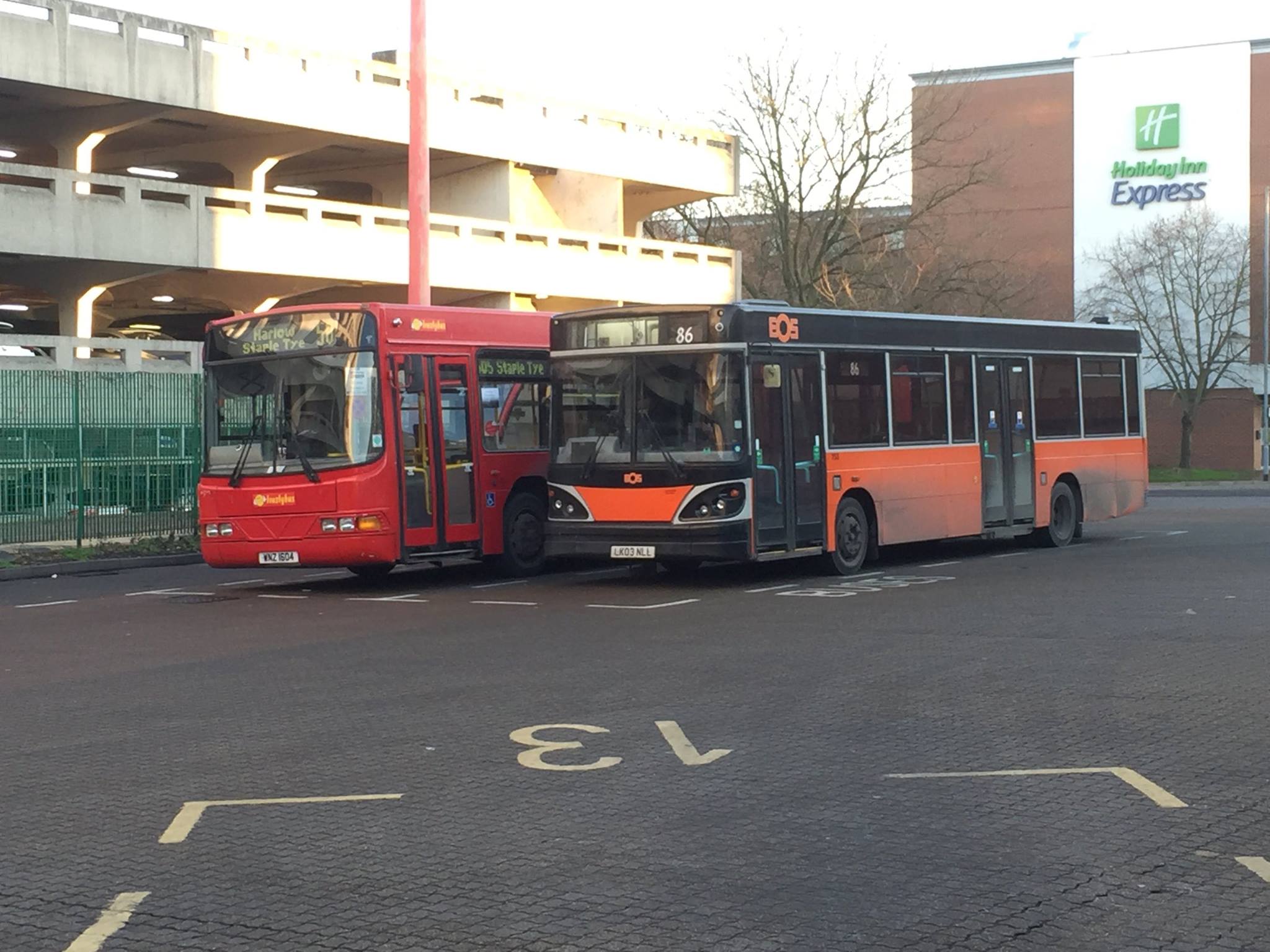 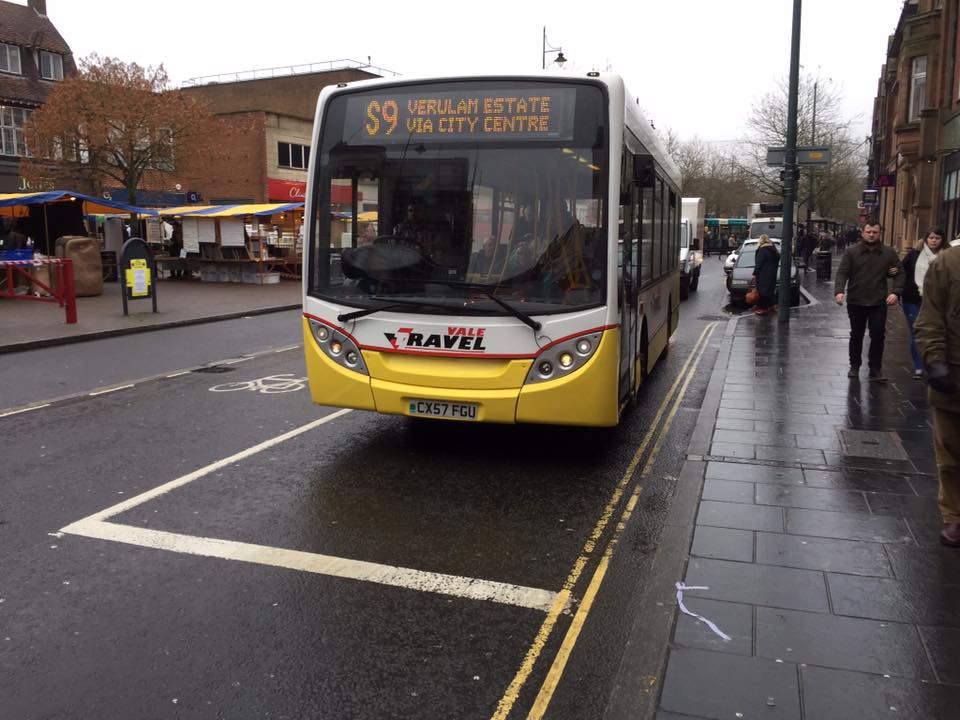 Includes a Genetics related visit to Cambridge, and some other snaps and shots around the flat, St Albans, Welwyn Garden City and Hatfield.