Suzy’s second visit up north this year, and technically a working holiday! Centered around the Lathalmond open weekend, and a million other things, we finally got the Strathtay books packed, mail bagged and those ready for taking ready for packing, around 03.30 on Wed 17th! On that day we travelled via Kings Cross and Edinburgh, I did manage three “bus days” plus the event, and a few more photos nonetheless.

Okay, the below photos are all from my recent travels to Scotland, earlier in August 2016. 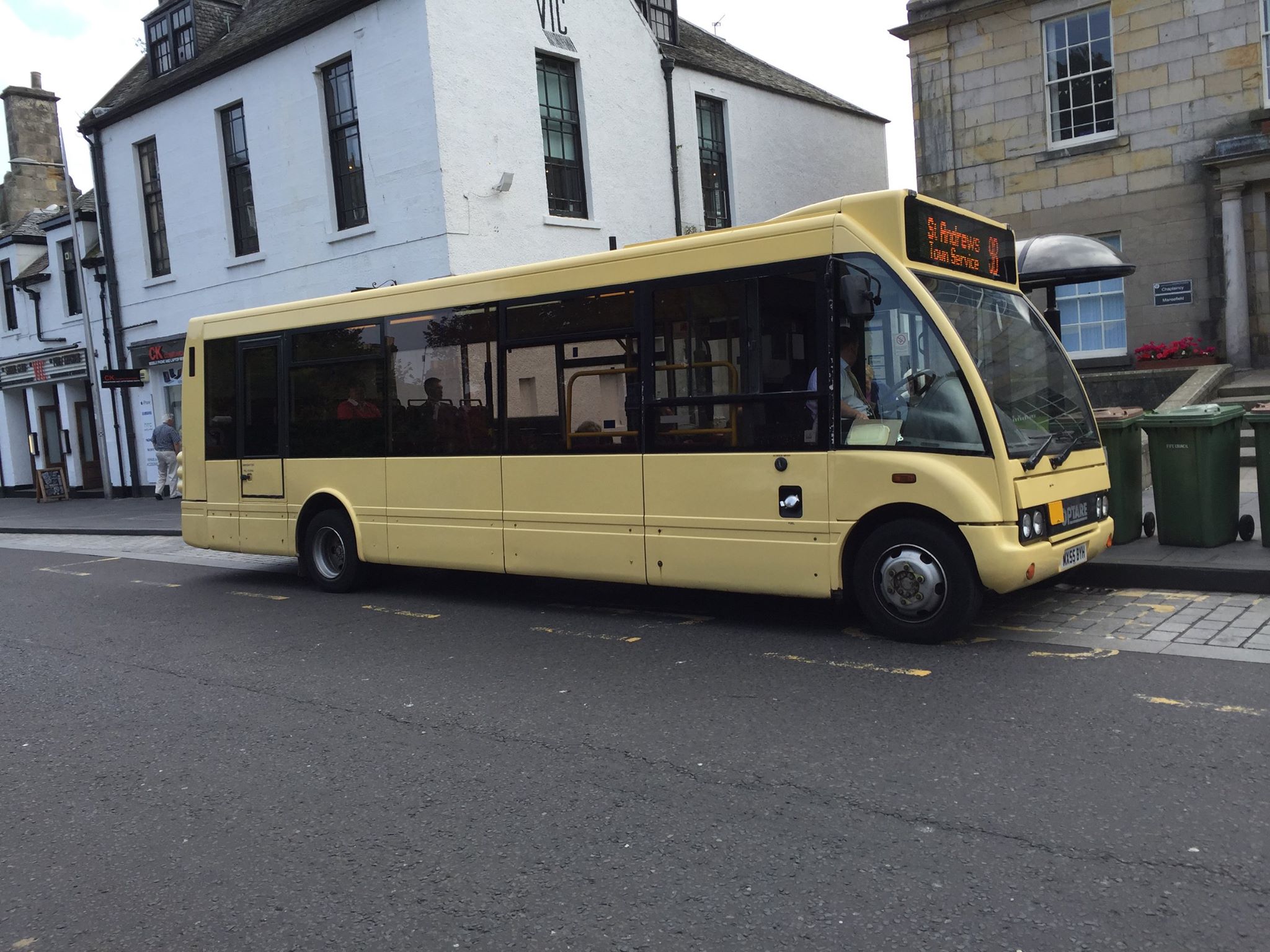 (No photos from the day travelling north) 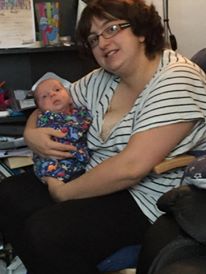 Okay, a day without too much transport shots, but more of catching up. From Farnell via Forfar (Angus Council offices to pick up a pre-agreed bundle of maps and recent leaflets), then stop at Tesco (as well as the sweet shop recommended by Jim & Jean, as well as the natural food shop to find some vegan cheddar for Lynda M), and then car to Dundee City Quay to meet my mother for lunch. Then we drive to Graeme’s to pick up some models we were selling for him, before stopping at my sister’s to see their new twins. 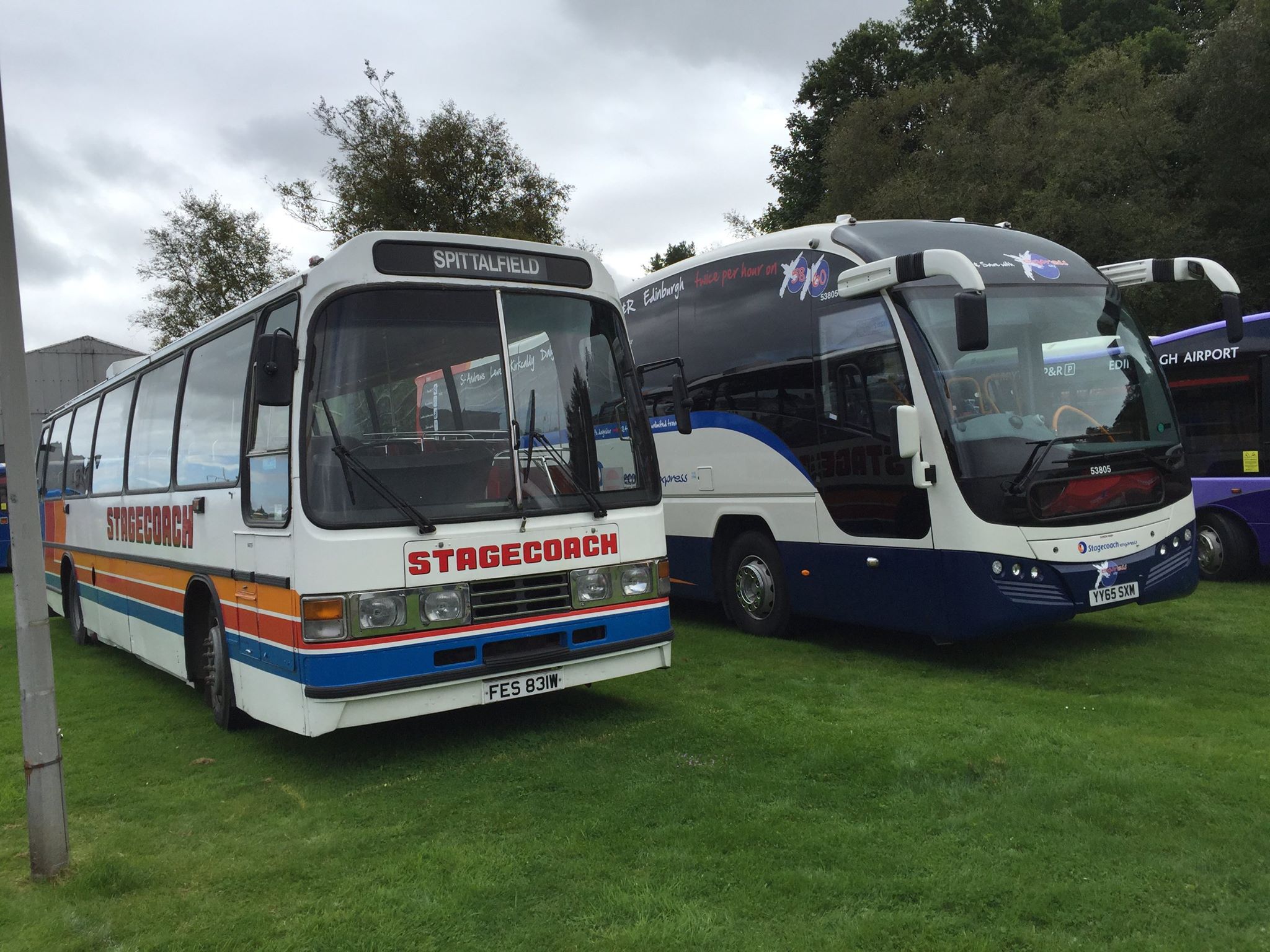 Okay, the reason we were up, was the Open Weekend here. We had a stall on the Saturday, and I got out around the site on a couple of occasions. Saturday was a very good day, for which I managed to find quite a lot of goodies for me too! (as ever!) This time a few have been found that would make ideal retro-series reprints. Strathtay book went down very well, maybe I worried too much!!! Thanks to everyone I met – too many to remember all, but a fair few I’d known for some time but never got to meet them in the flesh! 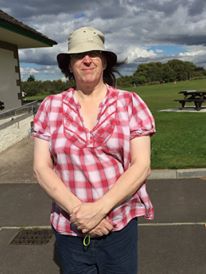 A visit to Forfar to see Jim & Jean. Car both ways, but drove there via Aberlemno and Lunanhead (i.e. 21A bus route) and then returning via Glamis, Kirriemuir to stop briefly at Camera Obscura (where Jean was volunteering for the second part of the afternoon!) Returned via Tannadice and Finavon back to Farnell. One of the view from the Camera grounds, and two of Caroline. 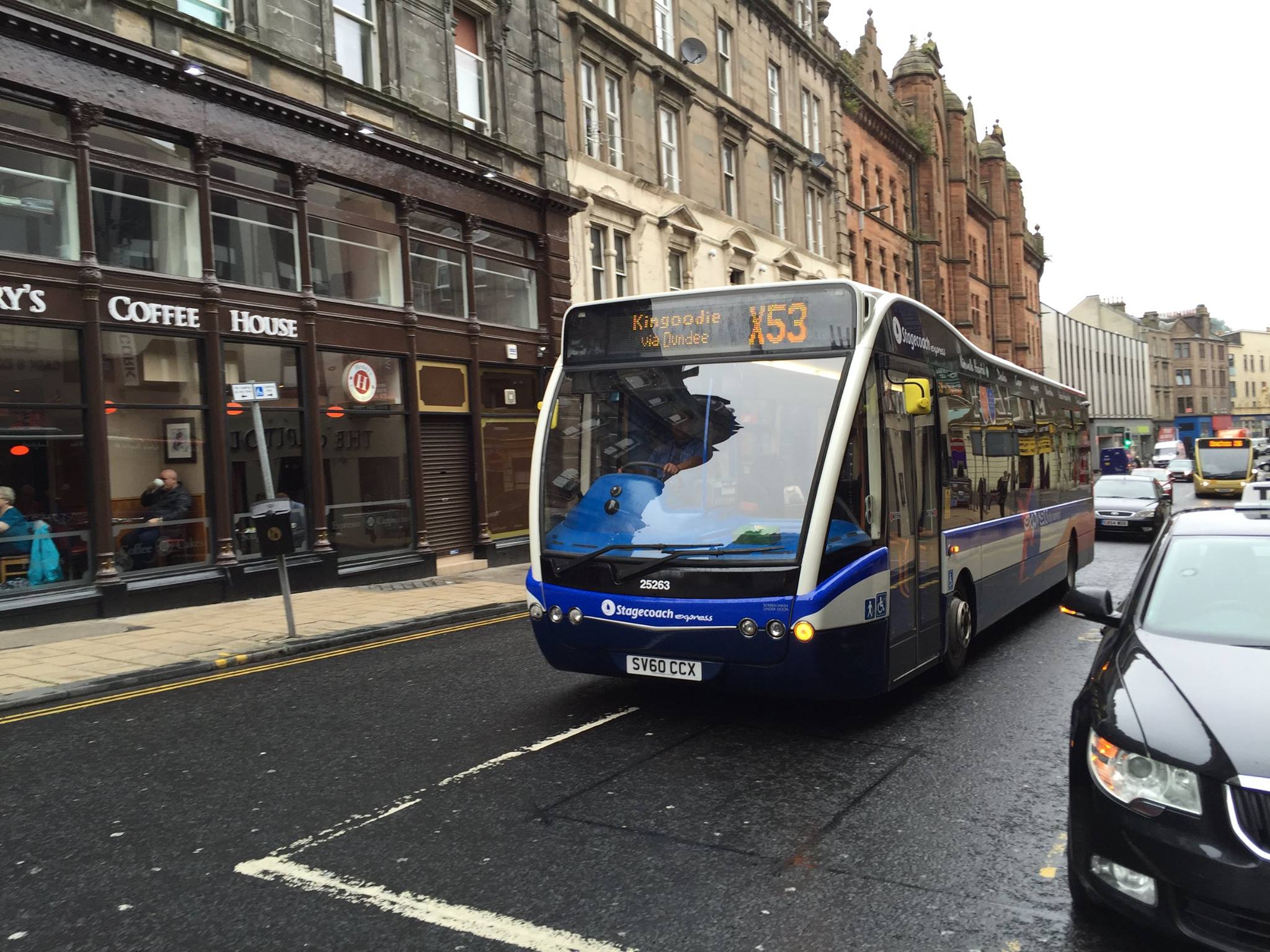 A day split between the first few of the Dundee area changes, and a run through to Perth. A day with some old favourites, as well as photos of transport things on digital “film”… To mix things up, asked C to drop me in Forfar Town Centre (former Macari’s shop timing point, now East High Street opp. St John’s Church), then 20 to Dundee – but only as far as Morrisons in Forfar Road, the site of Linlathen High School (one of the schools I was supposed to go to, but that’s another day!), then into the car park for Service 236 (now Moffat & Williamson) up to Claverhouse on Versa MX 58 CCN before travelling back and through to Dundee Seagate. Walked round to Whitehall Street for various photos, and got one of a 73 clearly showing the conductor below the “CONDUCTORS ON BOARD” lettering. After that, Solo 47362 on the revised Service 204, now Strathtay once again (was 72 with them), but now ran by Arbroath depot, so there is also a snap of one of their driver trainers doing a crew change. So up to Ninewells Hospital, where as I waited on a late-running X53, found a gentleman examining the X7 with a key – the mail/parcels facility for NHS Tayside on the X7 (was 333 before) is clearly still in use, which I’d forgotten all about! Thereafter KDY-GLEN branded 27627 X53 to Kingoodie, and back through to Dundee Bus Station. From there, brief lunch stop then 10002 on the 57 to Blairgowrie, before jumping for a “new” opportunity, the introduction again of a 60 to Dunkeld on schooldays – which just so happens to then run through as a 23D to Aberfeldy (this used to run through as 60 in both directions). At Dunkeld the driver screened up for the next school run, but the passenger waiting for the 23C seemed to know the bus was his – coach 53251. From there, south to Perth Bus Station on “Loop” spare bus 27126 on the 23, walked around town for some spots, before getting the non-accessible (As mentioned in the timetable) 17.15 from Perth South Street 16 – Leyland Olympian 16262. From there, meet Gareth in town, have dinner, get some early evening town shots, before getting on hybrid 13058 on Service 73/30A through to Arbroath Bus Station.

See Day 7 for many more Dundee shots, as I spent most of the day around the City. 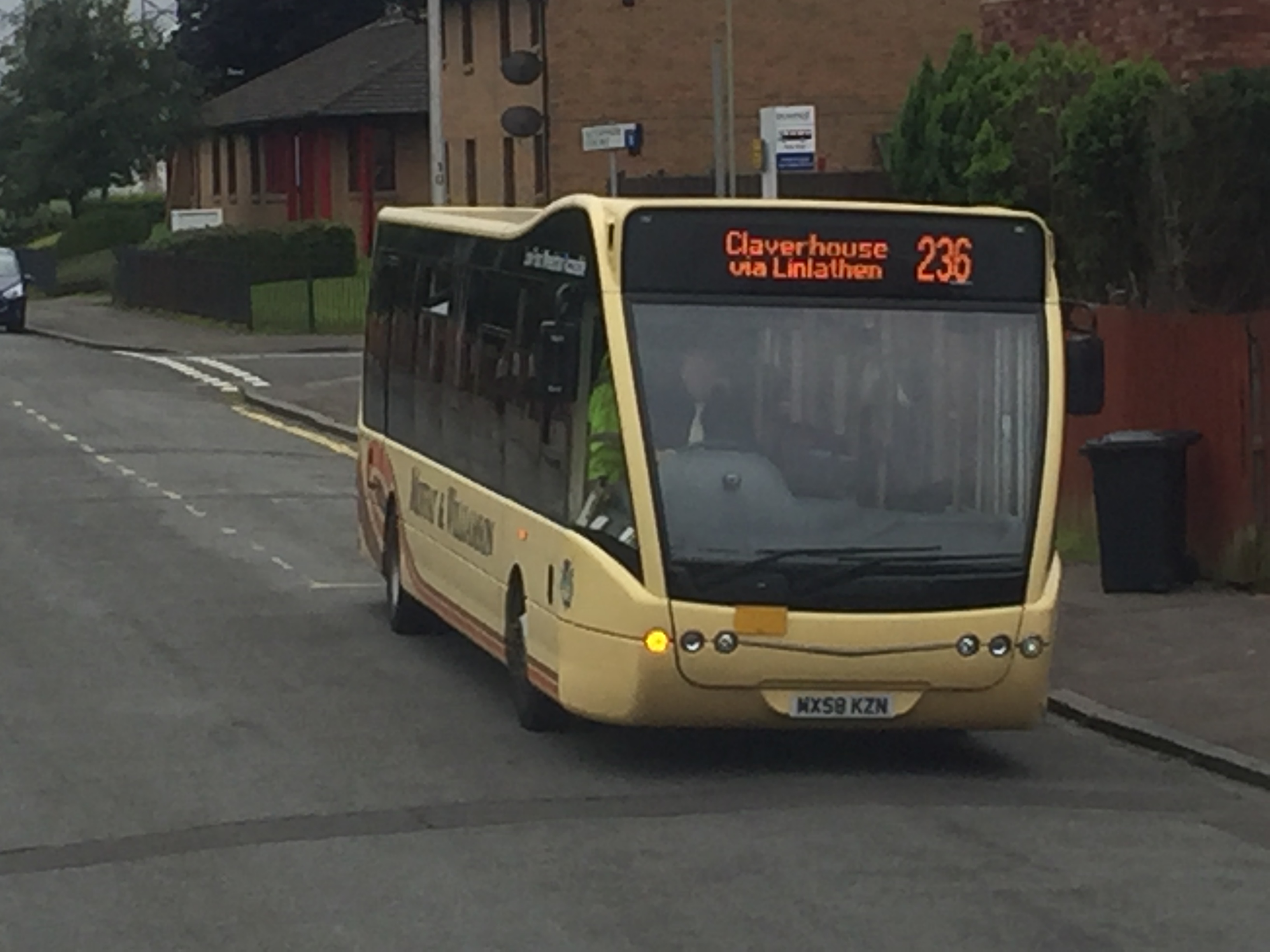 Another day around the City, with quite a few of the recent Xplore Dundee changes and new services sampled. Lift to Ferryden at my request, to get 16926 on Service 47 into Montrose, and then 54233 on Service X7 to Dundee Bus Station. A few things around the town, before heading for 47303 on Service 202 to Asda Kirkton – another Stagecoach former XD service – followed by Xplore Dundee 4045 on Service 23 from Kirkton to Lochee Bank Street, then 2053 on the 9 around to Ardler Village. From there, another new service – 4119 on the 27 through as far as Asda Milton, then 4682 on the 29 to Dundee Seagate, then another way to head back. As I’d not done the complete Edzell Woods & Edzell loop on the 21/21A/21B (since it’s introduction early in 2015), so 16928 on 21 from Dundee to Edzell Loop, and back to Forfar. Caroline met me there in the car, and we went onto The Dunnichen Stone pub for dinner, before heading back to pack for the next day’s journey south.