2016 Photos Click the collection name for the full photo album 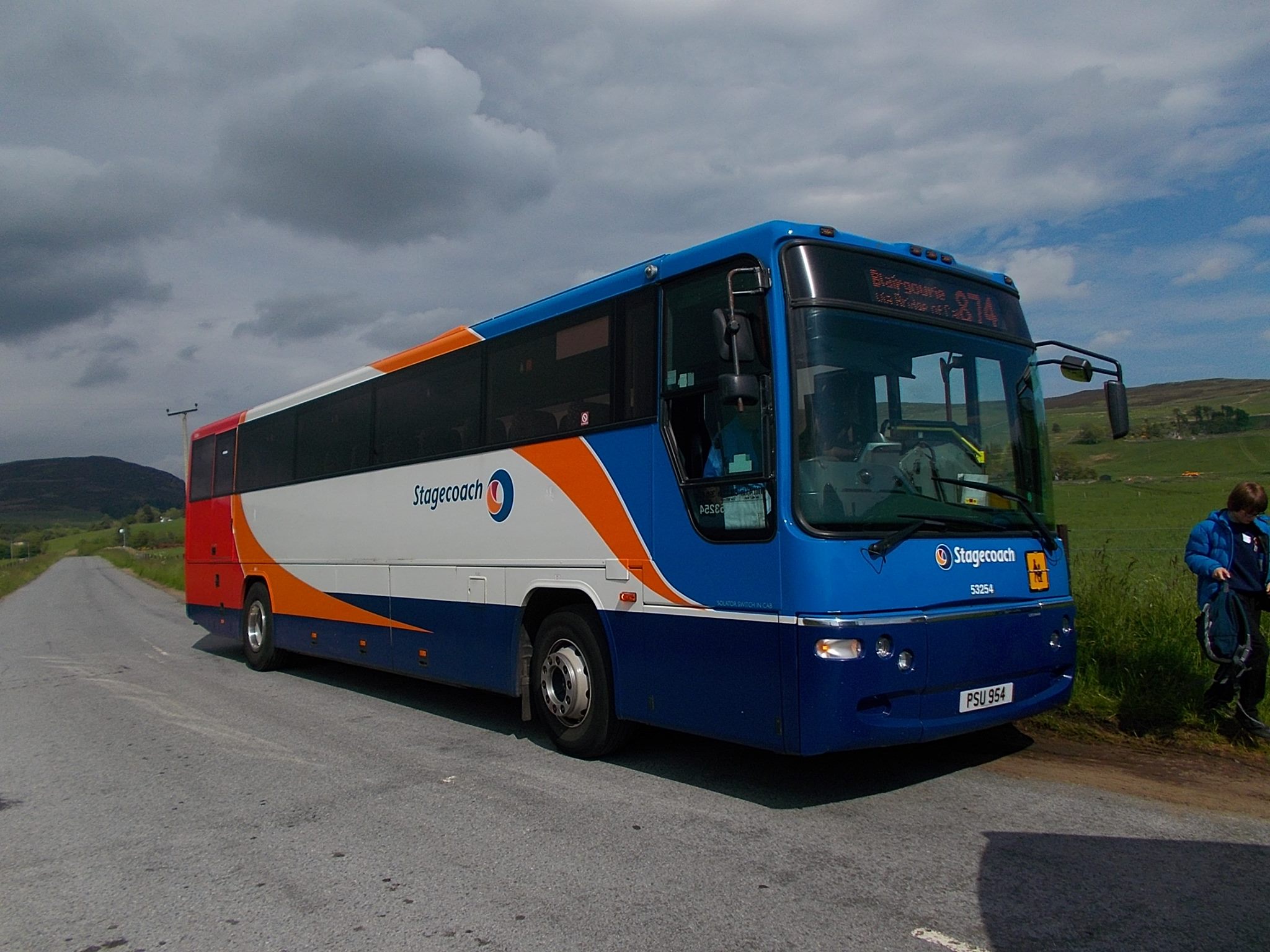 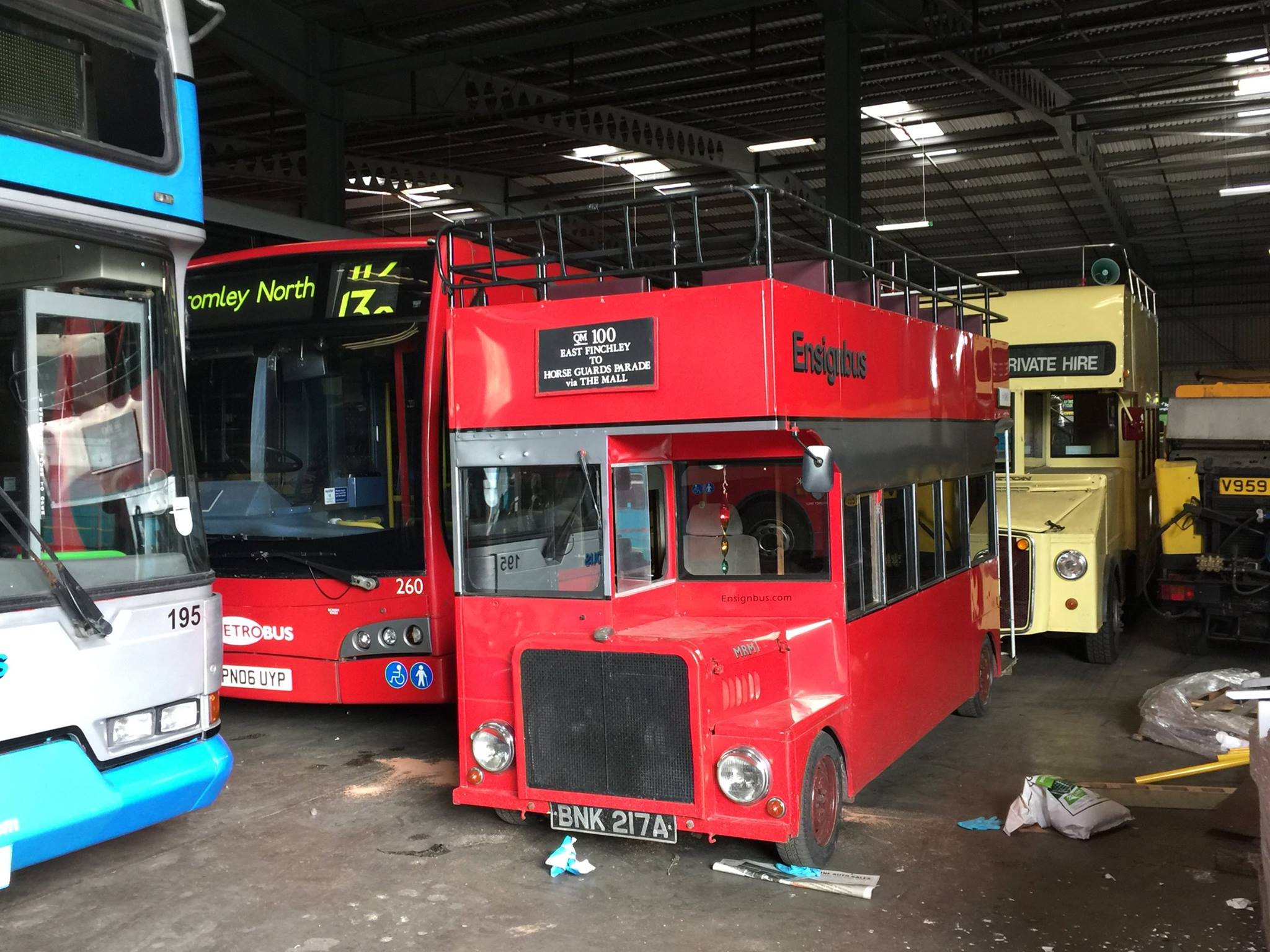 Another Anglia & Thames Valley Bus Forum visit, this time to EnsignBus, Purfleet. Their sales stock, rebuild work, preserved fleet, as well as service buses and private hire fleet, were all visibile. Thanks to Paul Dickson at Ensignbus for his help in organising this.
On the way back I briefly stopped at Stratford for lunch and some snaps, before returning to Moorgate and WGC via Liverpool Street. 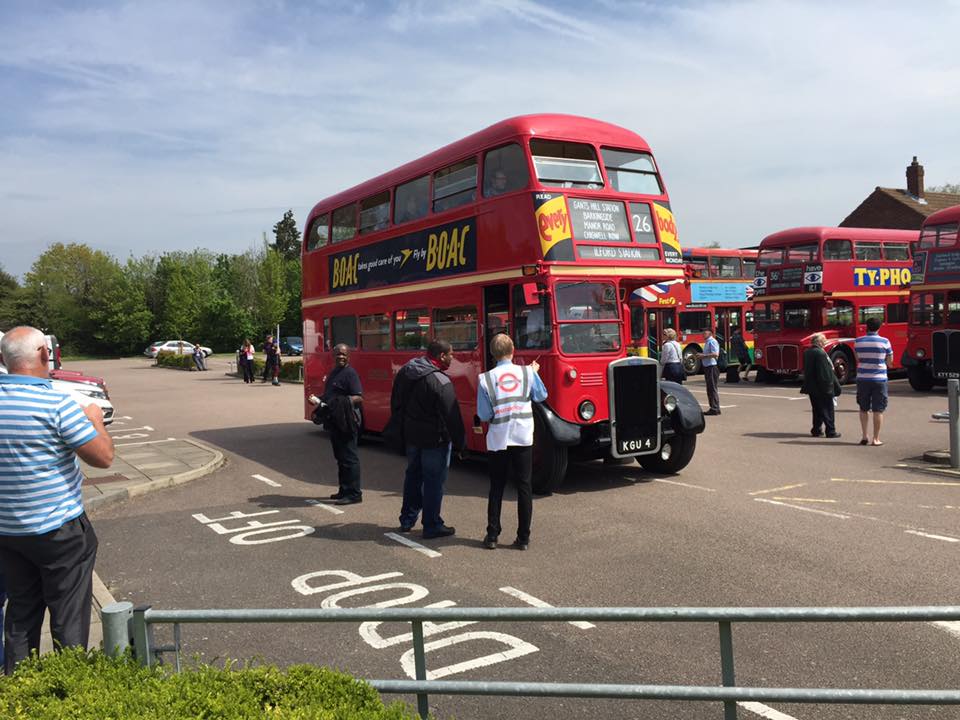 Some from the bus display at this NLETE event. 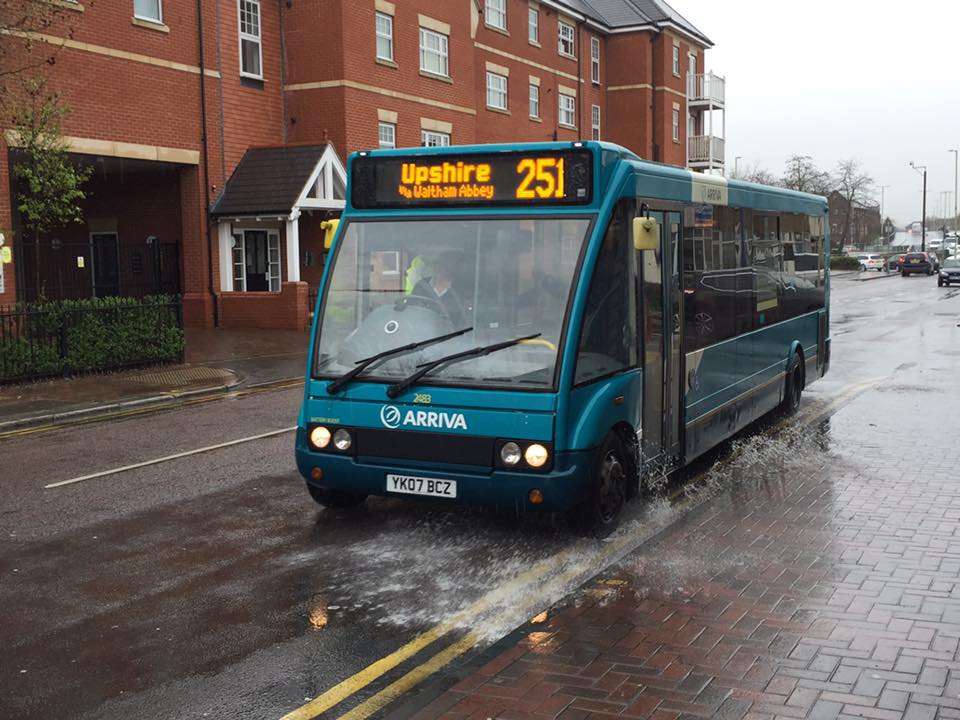 The after-changes trip and also finally crossing the 7 off! 724 from WGC to Harlow, 59 to Chelmsford, walk down to Taco Bell, 36 round the corner to the retail market, once a day 7 to Epping, St Margaret’s Hospital, 213 to Waltham Cross via Waltham Abbey (hence title!), 410 to Harlow, some shopping, then 724 to WGC again. Includes a variety of photos from along the way, some Friday only shopper buses in Chelmsford, and some very wet buses! 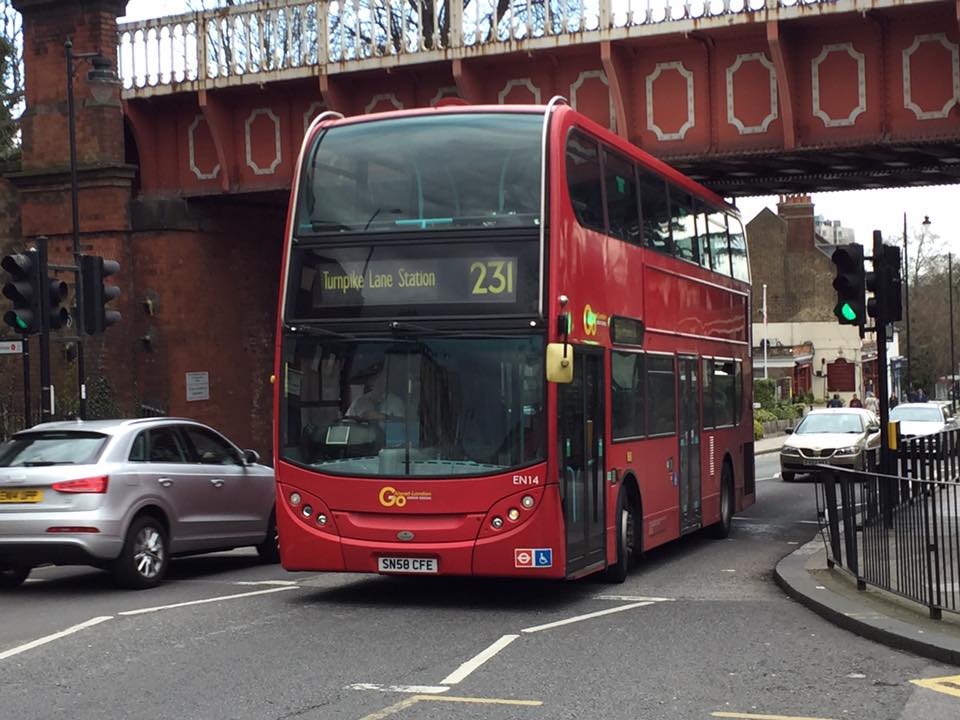 Our first table as exhibitors at a NLETE event, and it went well! Early start on GN 313 train to Potters Bar, 313 bus to Enfield Chase, and around the corner. (Some batches may be out of sync, even thought I add them in the correct order!) 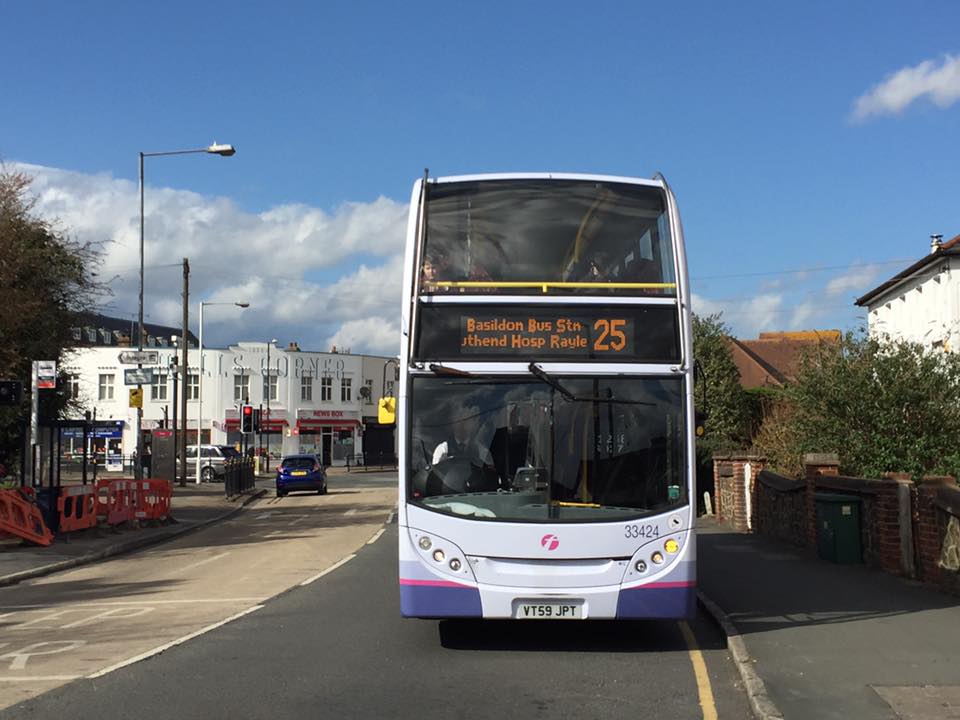 A day out and about for a number of reasons! Information collating for changes, and some “last week” shots. So, 724 bus from WGC to Harlow, 59 Harlow to Chelmsford, lunch at Taco Bell then 15 to Wickford to catch up with Mike Harris​ and Alex. From there, 25 bus to Basildon, then 100 to Grays, c2c to Fenchurch Street, then around to Tower Hill for a Circle line to Moorgate, then a GN train back to WGC. Plenty to see and a few interesting finds along the way…

(One batch out of syc with the rest) 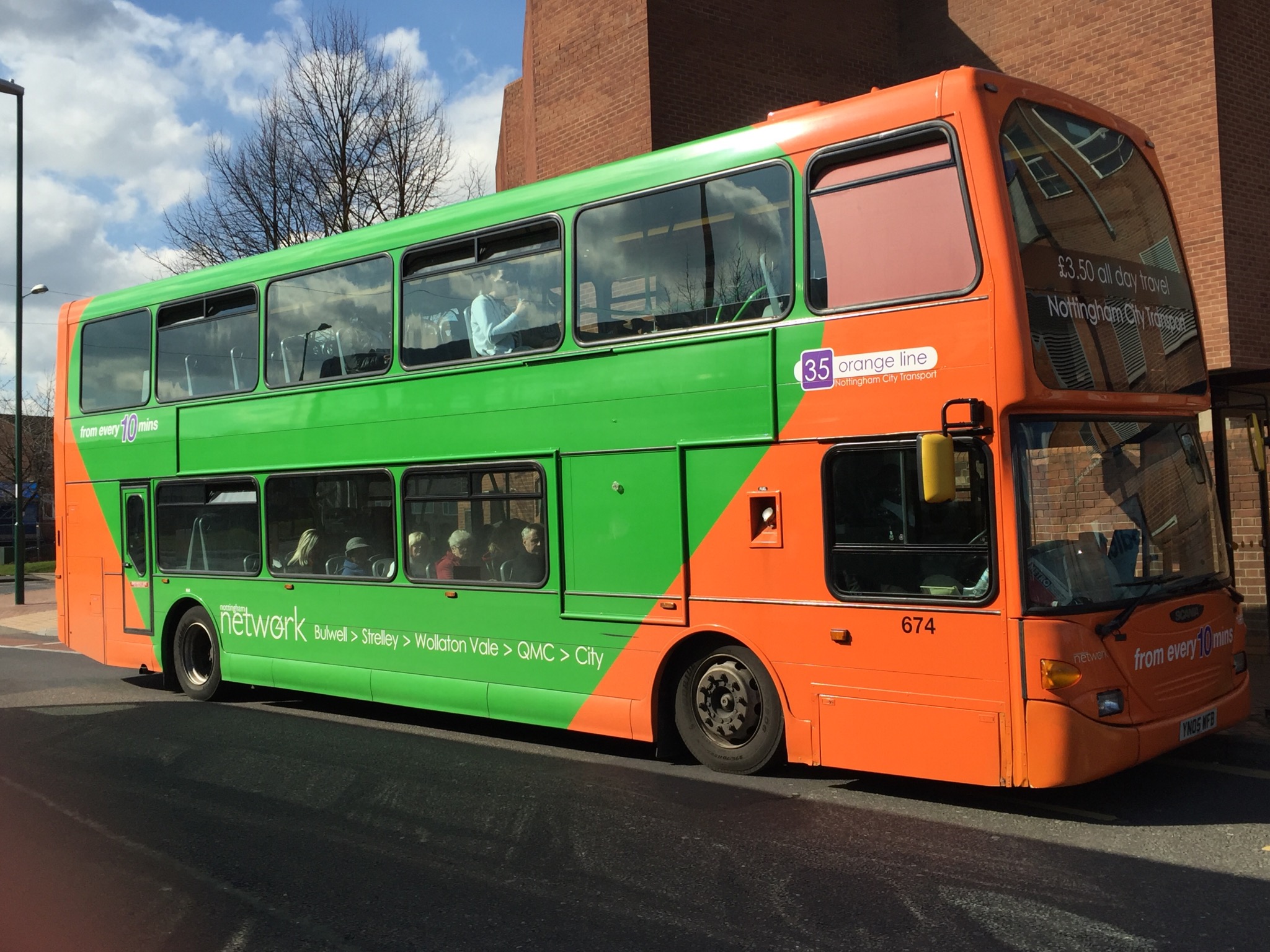 Okay, so the title was inspired by the last song I heard before leaving the house!

The trip was a visit around the Nottingham City Transport garage premises in central Nottingham. The visit went well, and we were given a coprehensice 90 minute tour by the Marketing Manager. As well, we got quite a few more things done too! I’d only had an hour between buses here before, so this was the first real exploring, but there is still plenty to do! So… Great Northern 317 from WGC to PBO, then East Midlands Trains 158 to Nottingham, walk around to Broadmarsh, TrentBarton CentreLink bus to Upper Parliment Street, cut across the post office and the NCT travel centre… stumbling over a Routemaster! From there, back to Angel Row (where I was heading later for lunch anyway!) on CentreLink to Victoria Bus Station for some more information collating, then back on the next CentreLink back to Broadmarsh, where we were also meeting. We proceeded there on foot to the garage, and back again. From there it was a case of another CentreLink to Angel Row for Taco Bell for lunch, a first for me on their “northern” franchise group (I’ve been to all four the southern ones!), and encountering a combination of a burrito and quesedilla in one, decided to go for that, with an additional Nachos Supreme (minus guac.) from the loyalty card. Then, got a 36 Orange Line round intending to go up to the Victoria Centre, for changing onto any yellow line for Bulwell. However, when I realised we were heading towards Derby and not Victoria Centre, crossed over and got the next one back! (My bad, I mis-understood the routes followed in town now). However some ADL Mileage too! Anyway a Scania decker on the 68 to Bulwell bus station – more snaps where the driver said I’ve not taken his good side 🙂 – and onto a couple of local shops. After that it was a tram back to town, and another CentreLink. Back to Broadmarsh with an extra hour to get round with the items I’d bought/picked up as well as the heat, another 158 (I didn’t realise they were four car, with the other two splitting off Nott – Norwich is 2 car, rest 4 car to Liverpool) to Peterborough, and a GN 321 home. Lovely day! 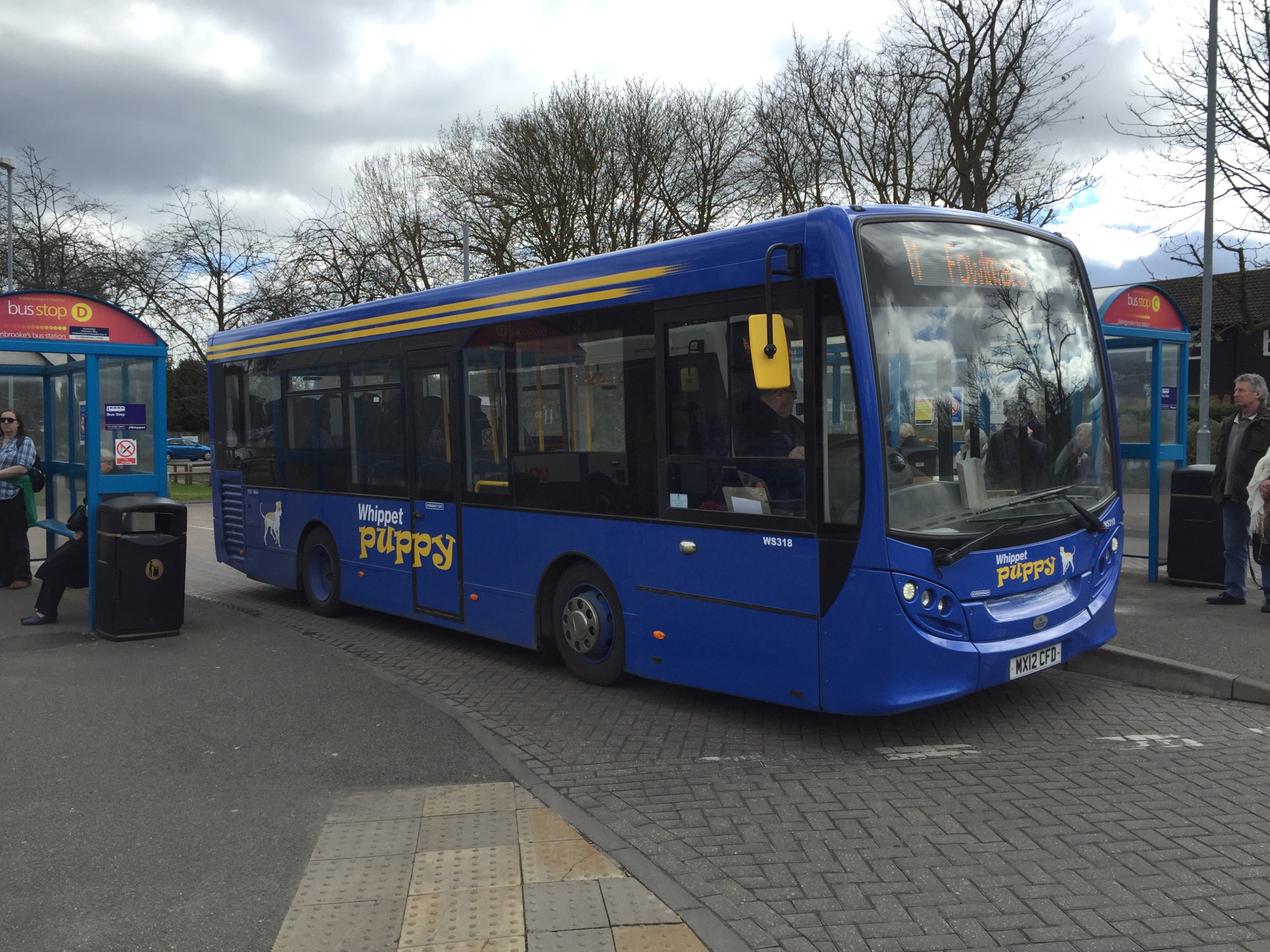 A HD clinic appointment at Addenbrookes Hospital, Cambridge, was the reason for today’s visit. But it was one day seperated from our nine year anniversary (which we also celebrate with a meal out each month, or a carry out or similar) and this was as good an excuse as any! After the morning went good, an afternoon in the city centre was good too – not just for photos, but the town was the scene of the spot where we had our first meal out on the day we fell for each other (Golden Curry in Mill Road). Cambridge was of course the place where it all started for us, but as we weren’t planning on making a night of it, we decided to go for a Wetherspoons – first time C has ordered a steak in many months! – and we then walked through the town centre, adding photos at the bus stops and Addenbrookes, as well as the bus station. We started with a PR3 (Green) to the hospital, back to town on a citi2 (long way via Mill Road – see above), and then from the Grafton back on another PR3. The light was excellent for photography too. Highlights include the new Whippet Pupppy and Wright Gemini Volvo deckers on the 31 (and crew change), plus many more recent types and reallocations since my last camera trip here.

From WGC on the Sundays & Bank Hols 242 (extended to WGC) to Waltham Cross, then 279 to Manor House, 259 to Finsbury Park, then GN train back to WGC. Very bright in Waltham Cross. 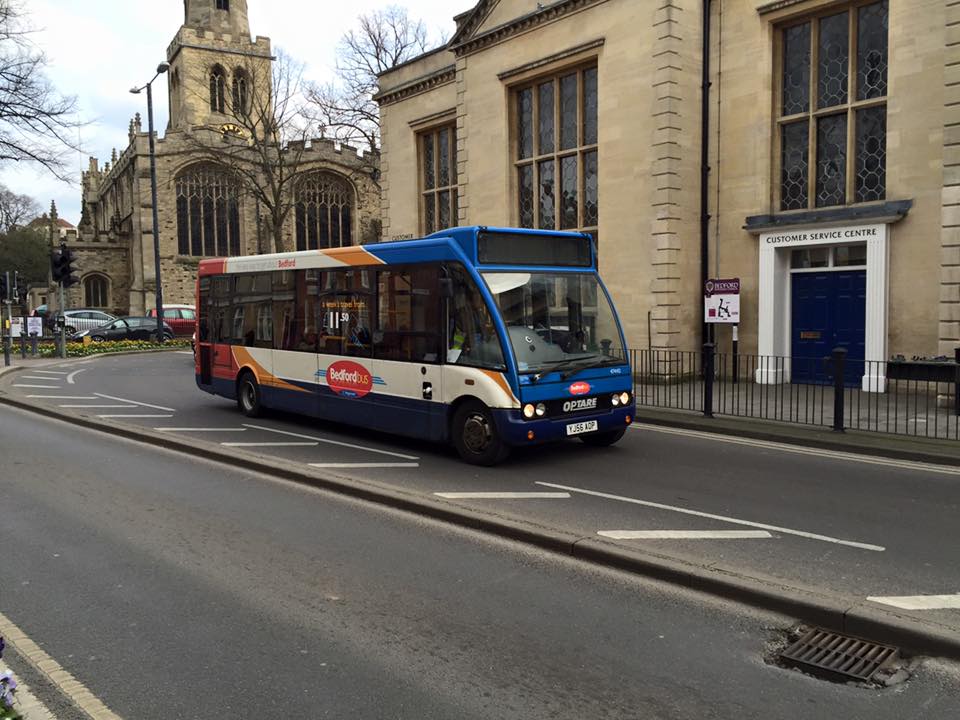 Visit for a BABUS committee meeting. Aside from town traffic delays and energy disappearing more to the point restricted the photos. But enjoy what I did take xx which includes one of me I don’t remember taking lol 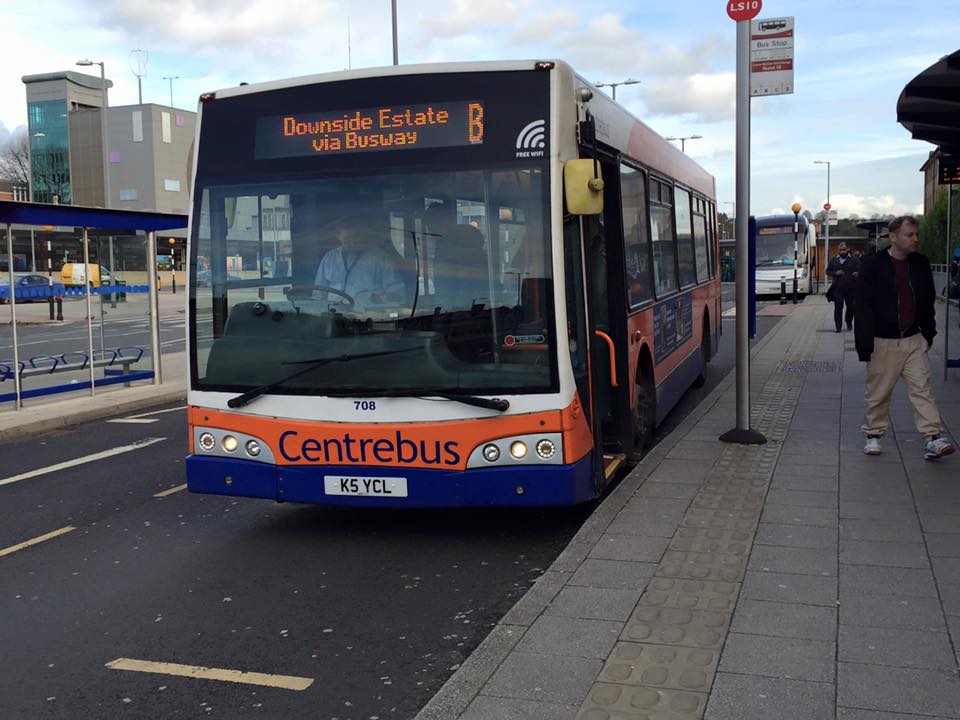 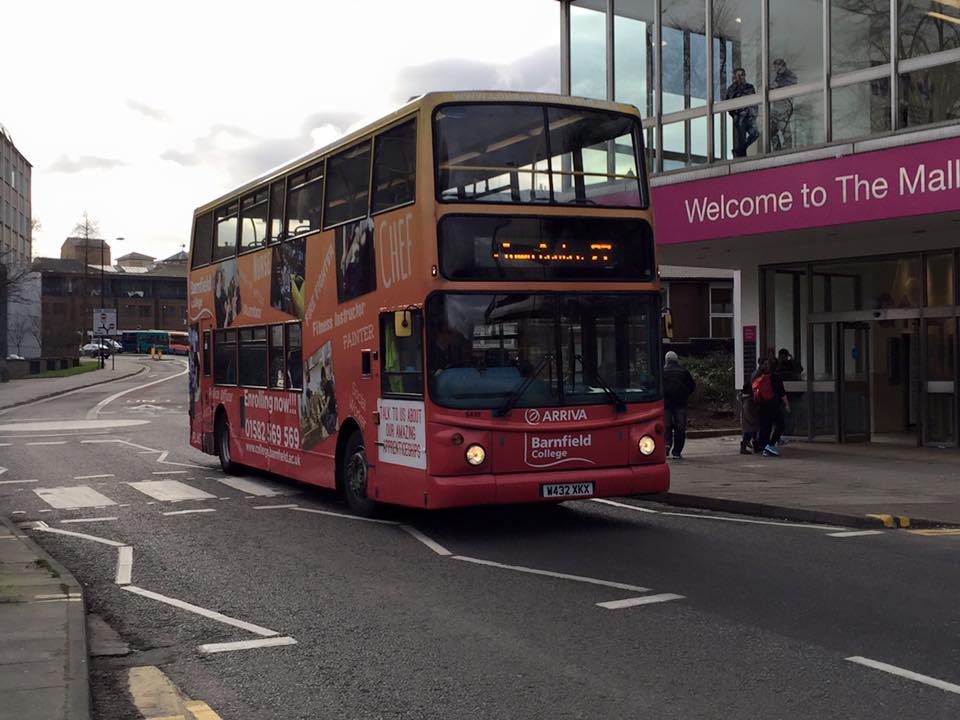 Post lurgy ! Some photos from Luton town centre, plus some from Luton (Dunstable Road – pre-arranged visit to Arriva HQ for timetables!) or WGC Bus Station. I didn’t get the chance to finish revisiting a few shops outside the shopping area, to the station interchange, Luton Airport or Parkway Station. I did get these done on Part 2, Monday 22nd.

Friday 5th February 2016 – some from WGC and Luton 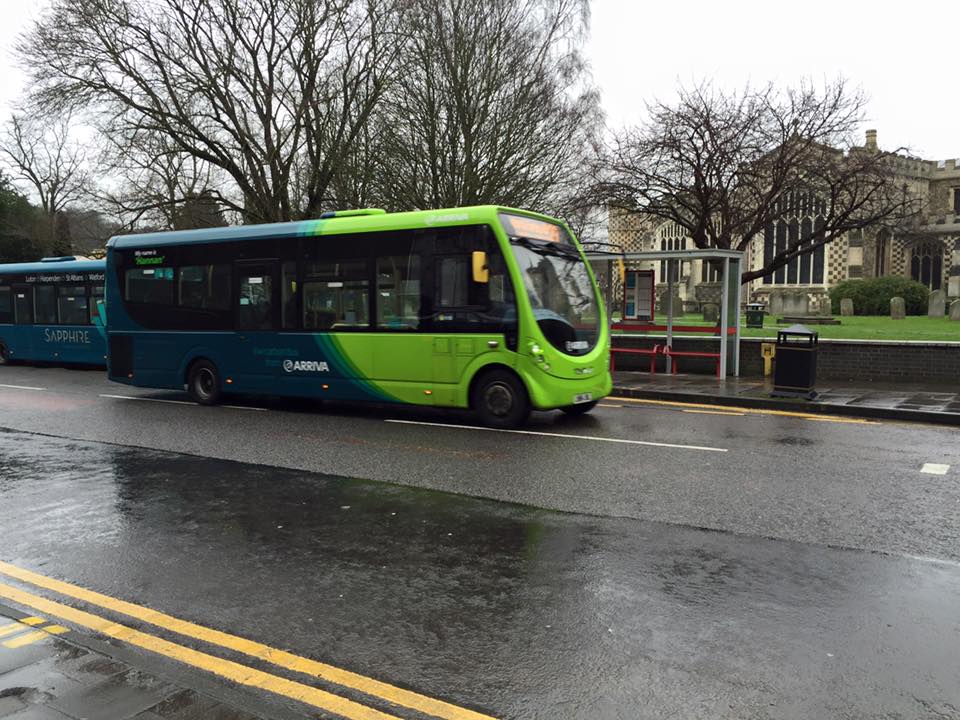 A few bus station shots, before getting the 366 to Luton. Partly day off, partly to pick up a bag of new travel maps (pre-arranged) and some shopping too. 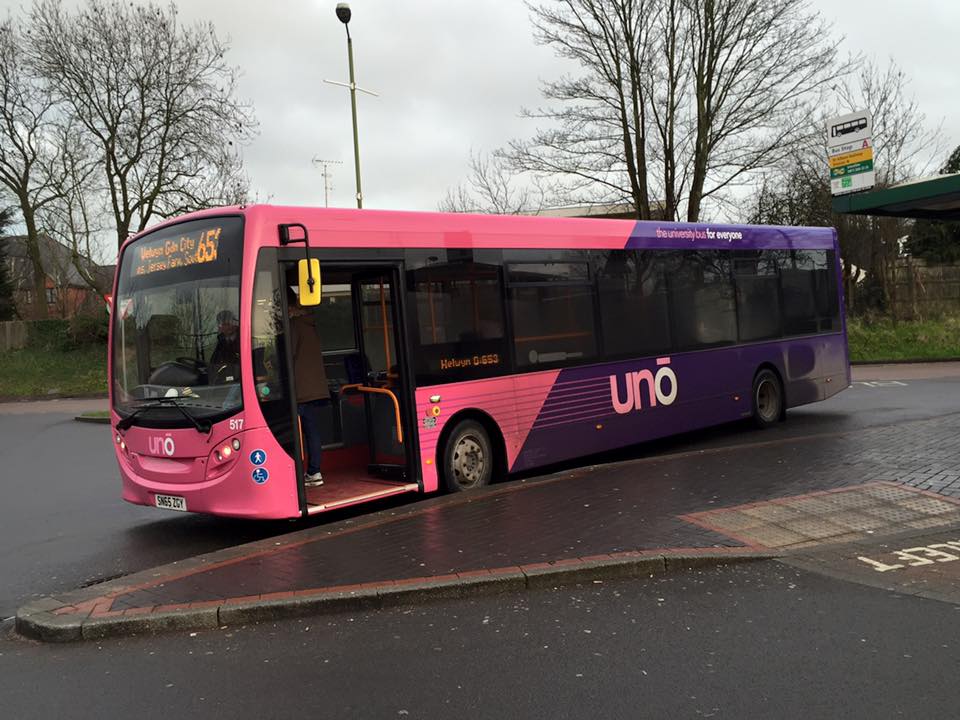 Well, this was originally to be part of a day out around Hatfield’s new station, and St Albans Paperchase store – but the weather yesterday was terrible, so I ordered the stuff for collection online. Now Saturday afternoon and it’s ready to pick up – £5 birthday freebie for the win! Having said all that, some photos too! Was on Uno 653 as far as Hatfield Stn, changed to the Citaro on the 602 to St Albans City Centre. Back to St Albans City Station on one of the new Enviro’s on the 653, then more shots before continuing back to WGC on the Arriva 300.