Iwas in Dundee this past weekend, mostly to take some snaps of the changing fleet, and service changes, at National Express/Xplore Dundee.

Not straightforward sadly! Journey to Dundee – broken loo and no power sockets worked, and we then got in nearly five hours late… 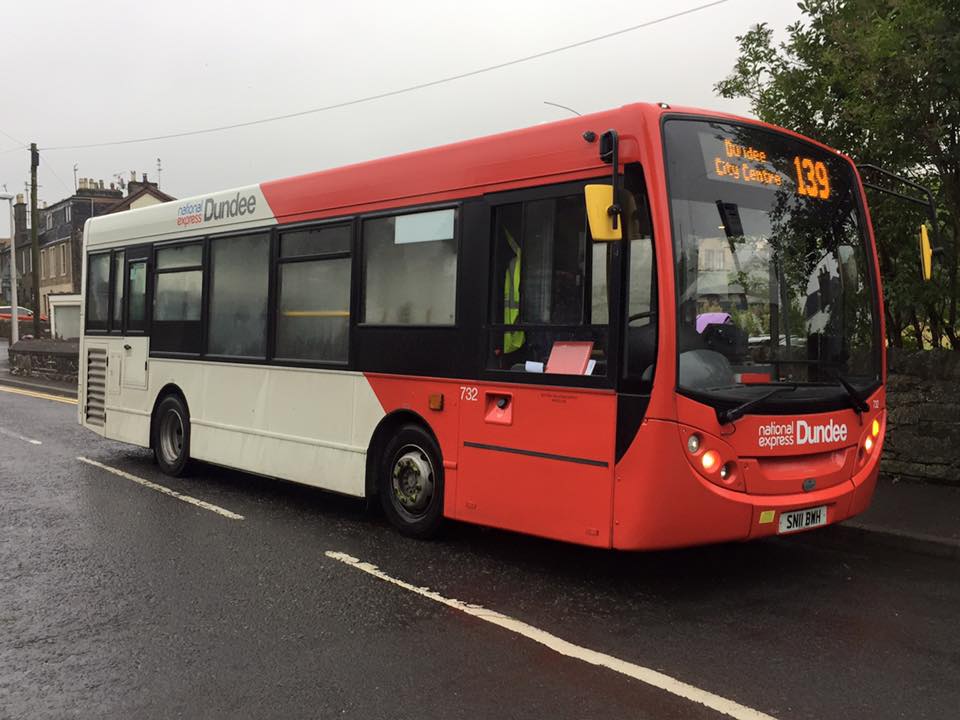 The intention of the weekend was the service changes in Dundee, from Sunday 13th September 2015. As part of the review, National Express Dundee was relaunched as Xplore Dundee the day before – Friday 11th. So as a result, a mix of buses, including some in red and white, but with green Xplore logos. The day plan was to catch up on routes I’d not yet done, or not done for ages, as well as to look at everything that was due to change the following day. Staying with Graeme/Tails, so 4682 on the 29 from Lochee Rd/Rankine St to Post Office, walk through shops, 7008 on the 208 from Commercial St to Claverhouse, then the same bus back to Old Glamis Road/Downie Park Place. Got my first of the green single deck arrivals on the 1782 18 to Asda Kirkton, From there, 734 on the 202 to City Centre via Lawside Road, getting a few things and meeting Graeme and Gareth Charman​, then 733 on the 204 to Ninewells via Ancrum Drive, then 7345 a rounder each on the 205 to Asda Dundee West and 30 circular to Liff Hosp/Westgreen Park, Fowlis, Piper Dam, Muirhead and Birkhill, then 7167 on 17 back to City Centre via Lochee Road, 0732 for a round trip on the 139 circular via Murroes, Tealing, Auchterhouse and Bridgefoot, then back to the Wellgate Steps. Walk via shops and back to Albert Square for bus 3232 on the 24 to St Marys and Ardler Village (will be going to The Stack from tomorrow, well Monday!), then the same bus to Macalpine Road/Camperdown Road. Crossed over for a 1B to St Marys terminus – bus 4118 – to save a 30 min wait – then 2056 on the 10A outer circle back to Pentland Avenue. The outer circle journey was the last evening of the route serving Kingsway West Retail Park, Johnston Avenue, and Camperdown Leisure Park, as well as the last night of it serving Pentland (which will now be the 17). 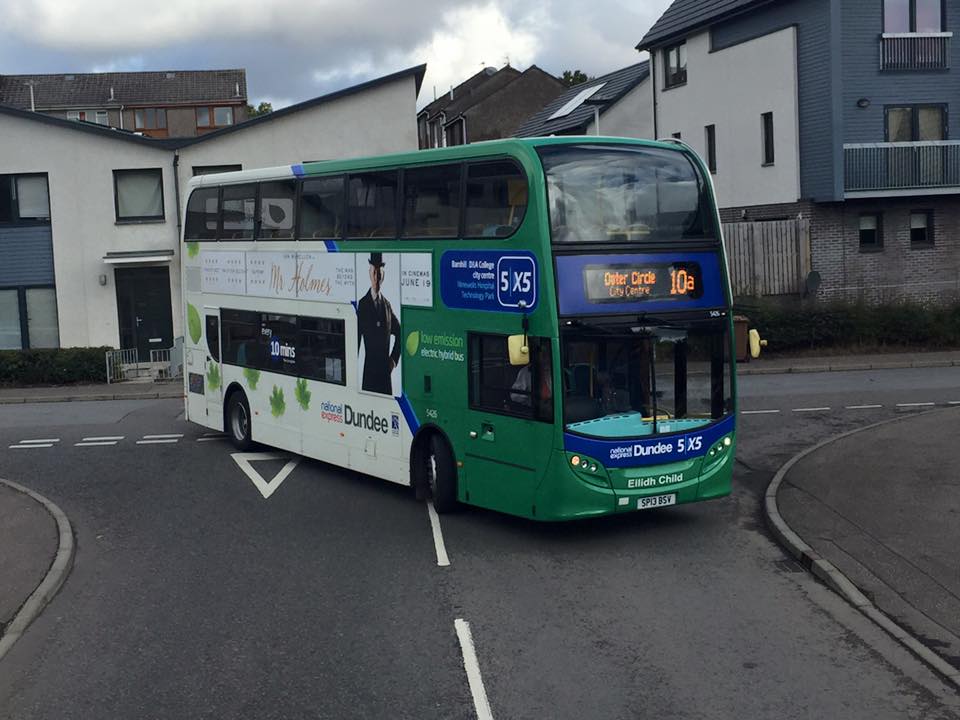 As with the previous day, this weekend was about these changes. So, 7009 from Lochee Road opp. Rankine Street on the newly extended 29 to Ninewells Hospital, 5424 on the revised 9A Outer Circle as far as The Crescent in Whitfield/Lothian Crescent (previously Mon-Fri 11/12 off peak only, now every bus all day), and the new all day route via Ardler Village. Then 2030 on Service 33 from Lothian Crescent to the City Centre, which now inter-works as an 18 up to Asda Kirkton, so we did that too. The next was 2039 on the 18, which went into Crichton Street. From there, 2046 on the revised 10A Outer Circle as far as Claypotts Sainsbury’s, where we crossed the road to the newly relocated terminus of Services 28/29. From there, 7007 on the 29 to Whitehall Street, and 2047 on the 17 to Ninewells Hospital, now via Blackness Avenue and Pentland, replacing the OC. Then 2046 on the 10A along Perth Road, following the same standardised route as the 5. Another few shopping points, before we got 733 for a rounder on the 51 via City Road, Ninewells, and the same as the 30 the previous day – only difference was we picked my mother up at Birkhill on the bus, as we had planned, to go for dinner at Rockpool. From there, 2038 on the revised 17 back to City Road for the last of the day. 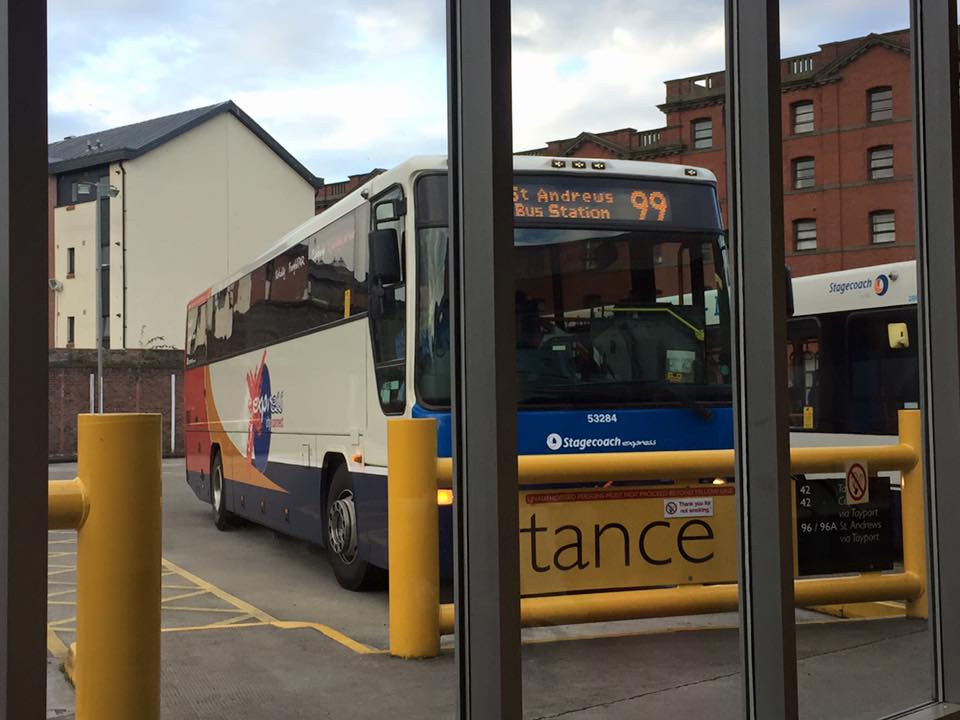 Much smoother journey home this time! Includes one from Stevenage the following day